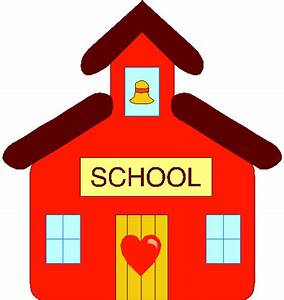 I wasn’t going to weigh in on this because, well, everyone else has, and what am I going to say that hasn’t already been said a thousand times? But emotions are running high, mine along with them, and in the end, I just couldn’t leave it. I had to put my two cents in.

Anyone who knows me knows I’m not a gun girl. I wasn’t raised with them, don’t own any, wouldn’t know what to do with them if I did, and feel absolutely no thrill at the thought of a day spent hunting or out on the shooting range. If other people do, fine, no problem, but the thought of having to carry a gun in school leaves me with one of the most profound feelings of hopelessness I’ve ever experienced.

The only way for me to think about the idea of arming teachers is to think about how it might work in my own school, an elementary school in a tough section of town. When I first started there, many of my friends asked me if I wasn’t afraid to work at this school and in this neighborhood and I can honestly say I never was. The irony of their question –many of the friends who asked live in Newtown- would only become apparent fourteen years later after the tragedy at Sandy Hook.

The thought of bringing guns into my school seems like folly on so many levels.

Here’s what bothers me most: what happens when a stressed-out kid in school gets their hands on the guns you brought in to defend them? We have some very stressed kids at our school. We have kids who struggle to make good choices. Every school does. Cruz and Lanza were both stressed out school kids before they stayed home or got expelled. They had to get their guns at home. They weren’t provided for them by their educational establishment. I know what you’re going to say. The guns in school would be kept safe. The kids couldn’t just get their hands on them. Well, how would they be kept safe? Are they locked up somewhere, or are we supposed to carry them on our person?

If they are on our person, then I’m telling you anything could happen. It doesn’t stretch my imagination very far to imagine a scenario that gets out of control. If we’re not carrying them on our person, and they’re locked up somewhere, it still doesn’t put my doubts to rest. I seem to remember the guns Adam Lanza used were locked up, too. He smashed the case open. Cruz’s guns were locked up, some of them anyway, but I guess, oh dear, he had a key.

And I’m worrying about an elementary school, not a high school! I can physically subdue most of the kids I work with. Most of them. There are a few in fifth who are bigger and heavier than I am. Though it isn’t even necessary for a kid to outweigh me to be difficult to subdue. Have you ever tried to hold back a child who’s enraged over something? Their adrenaline is pumping so hard, it’s like trying to hold Popeye right after he’s downed his can of spinach.

But little kids aren’t going to do anything, right? None of the school shootings were perpetrated by little kids. No, they weren’t, but I keep thinking of all those police reports you read when a little kid picks up a revolver they didn’t understand was loaded and shoots someone. We also have kids who might think it was “funny” to get a teacher’s gun away from them, funny, of course, until it wasn’t.

Bottom line for me, guns are like disposable income. If you have it, you’ll spend it, possibly a little recklessly. If guns are on the premises, I’m really worried that one way or another, they’ll get used, and not necessarily to save someone’s life.

But let’s take it a step further. Say the guns are kept safe and none of the students gets their hands on them. Say we really are attacked by another miserable individual who wants to die and take a whole bunch of other people with him. Our school is already locked tight as a drum at all times. We have cameras at all the entrances. Everyone has to show ID to get in. We have double doors in the front. If someone gets past all that, we go immediately into lock down. We retreat into our rooms and lock the doors and go huddle in a corner with our kids. How many teachers are we planning on arming in a school, because frankly in that situation, the armed teacher is only going to be able to protect the students he or she is with. Or is the armed teacher, swat-style, expected to emerge from their locked room and track the intruder?

If I’d wanted to join the Special Forces, I would have done it.

All of this doesn’t even address my utter repugnance at the thought of standing over school kids with a gun on my hip. It is the absolute negation of everything I feel and believe about what education means.

So what do I want? I want people who aren’t crazy and don’t plan on killing anyone, but who enjoy going out and shooting their assault rifles to give them up. I want them to sacrifice their access, this particular freedom, so when the next demented individual comes, he doesn’t take out seventeen or thirty or fifty people. I want them to give something up for me, for my students, for all teachers and students and night club goers and country western fans and movie-goers and well, everyone… I want them to take one for the team. I want gun store owners to do what they already have, incredibly, started to do, refuse to sell assault weapons to kids, restricting themselves and their profits for the greater good. I’d like some meaningful background checks. I want the FBI to investigate all their tips. I want zero tolerance for the adolescent threats that bored or unhappy teenagers make. I’d love more mental health care. I want kids to keep marching.

I have no illusions. There’s no magic bullet, or even any kind of guarantee, and I don’t want to hear anyone, left or right, quote any more numbers at me. I just want us to try something non-violent, any little thing, to prove we still have an ounce of humanity left in us. I want us to stop sucking our teeth and saying the only solution is more guns, or that we have to accept slaughter on a daily basis to prove we’re Americans. I want to feel like I actually do live in the land of the free and the home of the brave.