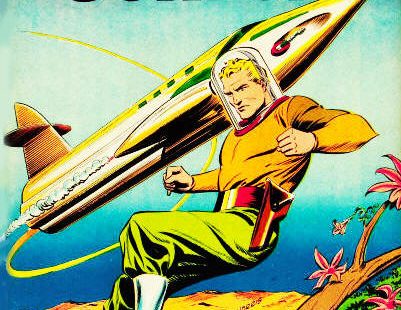 The Future is Now

If you’d asked me a few years ago, only a few, whether or not I ever read dystopian fiction, I would have said no, that I wasn’t interested in the problems of imagined future worlds, that there were enough problems in this one to keep me going.

Of course, I did read the classic dystopian novels in high school. 1984. Brave New World. I don’t remember hating them particularly, but I don’t remember liking them very much either. I got their message. I understood their cleverness, but there was always something missing in them for me. I was a literal girl. I wanted problems I could recognize and situations I could imagine, even with a stretch, happening to me.

Though I do remember one dystopian novel that made a huge impression on me. It was called Z for Zachariah. It made a huge impression on me in the first couple of chapters, which was a good thing because after the first couple of chapters, I had to put it down. The story opened in a blighted landscape with two children watching as each evening the smoke of a distant campfire grew closer to them. They were alone. They were afraid. Someone was coming and everyone who’d ever protected them was gone. I returned the book without finishing it, the image of that advancing smoke too unsettling to bear. I was fourteen, struggling to imagine what life would be like in this world, in a world still full of people, not some empty, post-apocalyptic nightmare.

Z for Zachariah was the last dystopian novel I read until a year or so ago when I suddenly began to pick up books that in the past I’d never have touched. I’ve started to read about those imagined future worlds now, the ones I shunned, for the catastrophes that used to be unimaginable to me, and therefore uninteresting, no longer are. The future, the one that marched so far out ahead of me when I was fourteen that I couldn’t see it, has fallen back to walk beside me. The future is now.

I recently read two dystopian novels I couldn’t put down. The first was Station Eleven by Emily St. John Mandel. Though the story is ultimately set in the future, it begins in the present and describes the lightning-fast spread of a particularly virulent strain of swine flu. It describes the symptoms that quickly overwhelm both individuals and public health systems, and how life as we know it breaks down almost immediately. I thought about this book a few days ago as I sat in a plane high over the Atlantic. I thought of all the surfaces I touched that day in two international airports and all the other people who touched these same surfaces. I thought about how easily a disease could spread, how it could that minute be speeding with me toward the North American continent at 500 mph. On my lap was a review in the British New Statesman about three books just published on the Spanish Flu of 1918. One hundred million people died. They drowned as liquid pooled in their lungs. Their nosebleeds spurted clear across rooms. “Bodies crackled when you moved them,” one Navy nurse said. “Their corpses sounded like Rice Krispies when you pour milk over them.” I can still remember the crackling sounds from my own lung when it collapsed ten years ago. St. John Mandel’s novel started to sound like realistic fiction.

Even more recently, I read a book called American War by Omar Al Akkad. It takes place 50 to 70 years in the future in an America riven by its second civil war. The South has seceded, this time not over slavery, but over the ban of fossil fuels. There’s a Mexican protectorate in the States we took after the Mexican-American War. There’s a quarantine zone in what used to be the Carolinas. The Florida peninsula has sunk beneath the waves. The Gulf Coast has shrunk, and the capital has been moved to Columbus, Ohio because the storms and floods in Washington D.C. are too unpredictable.

The South is the site of most of the fighting in the book. It’s become an American Syria, a broken and embittered land full of refugee camps and wandering bands of rebel militias raiding and fighting at will. The main character, a tough, independent-minded girl whose family has been destroyed by the war, is recruited out of one of these refugee camps to become a sniper for the South. She’s good at what she does, frighteningly so. The losses of her childhood have hardened and twisted her. She’s eventually captured and tortured on an island prison that sounds a lot like Guantanamo. When she’s finally released, she agrees to become a suicide “infector” and carries a virus into the North that kills ten million.

I recognized many of the fault lines that fracture the country right now: the divide between Red and Blue states, the deep divisions over energy policy. Our coastline is already altering. Young, embittered people willing to maim and kill are on my television screen every night. Countries ripped apart by war, full of refugee camps, and terrorized by gangs of roving militias are there right beside them. Al Akkad merely shows that what isn’t already happening here, could. We’re not better. Up to now, we’ve just been lucky.

I do think I’m going to take a break from dystopian fiction for a while because frankly it’s still pretty unsettling. I think I’ll go back to reading books about people struggling to make sense of the world that exists. Yet I can’t shake the feeling that I’m living in the present and the future concurrently. Maybe that’s just a function of getting older.

I remember my father telling me how his mother would laugh at him back in the 1920’s when he read his comics about men traveling to the moon. “That’s never going to happen,” she used to snicker. She died in 1978, nine years after the lunar landing. What unimaginable event will I witness before I go? I feel like I’m seeing one every night on the news. The one image I do hope I never have to see is that slow advance of an unknown smoke across an empty plain, the image that terrified at fourteen and still does, the idea of a world where everyone I’ve known or loved has been swept away.

I try to focus instead on the good things that might come to pass, a woman winning the Presidency, a little white pill that stops Alzheimer’s. I tell myself it’s all possible. I look out the window and I see the daffodils blooming at the edge of the woods and I know that spring has finally come. Soon there’ll be roses and berries and summer vacation. I just have to hope the Earth is stronger than her tormentors, that humankind will use the power it has to stop the worst from happening. I have to believe this. I have to believe we can make that happen.

← Merit Pay, Anyone?
Fathers, Sheisters, and Other New Yorkers Who Shall Not Remain Blameless →