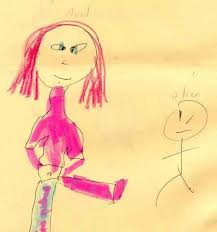 They say if you don’t know your history, you’re doomed to repeat it and this certainly seems to be what’s happening in the United States at the moment. We in the USA, of course, have never cared as much about the past as we have about the future, about what we can change about ourselves and the world around us to make things better. So, I suppose it’s not very surprising to see us repeating the mistakes of the past, in this case other people’s past. Though quite honestly, the past we’re repeating is a past you’d have thought even the Americans knew something about. After all, the History Channel might just as well be called the World War Two Channel with its endless documentaries about Hitler and Germany during the Second World War.

What I am a little surprised about is what happened in the United Kingdom at the end of June. I mean, you could never accuse the British of not remembering their history, but in fact, only eight days after voting to leave the European Union, various British Royals and other political luminaries went over to France to attend the one hundredth anniversary of the Battle of the Somme. The Somme was just one of the many great slaughters of the First World War, a war that ripped countries to bits, brought down empires, left millions disabled or dead. It was also the war whose peace treaty set up the unfortunate conditions for the next bloodletting, the Second World War. The European Union was founded for several reasons, but the primary one was to avoid another catastrophe that would go under the name World War Three.

But hey, that was a long time ago. Who really remembers that? Well, plenty of people, actually. People who fought in it are still walking around. People who were too young to fight have their stories, too. I hear a lot of the people who voted to leave the European Union were older, that is, precisely the people who remembered the history best, who not only knew it, who’d lived it. Apparently, even if you know your history, you’re prepared to chance repeating it.

Meanwhile, over here in the USA, what’s happening with us? We who’ve sat for endless hours watching the Americans charge up the beaches of Normandy, fight their way over the mountains of Italy, or through the villages of France, still don’t seem to be clear how that Hitler guy got into power in the first place. He was elected, actually. He was elected because times in Germany were really tough. She was treated pretty badly by the victors of the First World War. She was forced to bear the blame, and forced to pay a lot of money, money she didn’t have. Her economy imploded. People lost their jobs. Her money became worthless and many families lost their savings overnight. People were afraid for their future.

Hitler promised to make Germany great again. He promised to wipe away the stain of the First World War “defeat.” He promised people jobs and order, and above all he presented the German people with someone, with a group of people, they could blame for everything.

Perhaps the lessons of history, even if we know them, are just too complicated for any one person, or country, to understand. Maybe Americans in particular find them complicated, or irrelevant, in a country that challenges us to shed the shackles of history, to transform ourselves, as many times as necessary, in order to march into the future with our heads high.

I don’t know. But in any case, I did learn a little something about one American’s personal history this week, something I didn’t know before, something that explains a lot. I learned that as a little girl in a new neighborhood, Hilary Clinton was followed home by a bunch of kids one day. As she tried to get into her house, to get to the safety of her mother’s side, her mother turned her around and told her to get back out there and face her pursuers.

What mother of 2016 would do that? Irrelevant of neighborhood or social position, the mother of 2016 would sweep her child inside and slam the door. Depending on her nature, she might slam the door behind her as she goes out to do battle with the local meanies, or in front of her as she runs for the phone to call their mothers, the school, maybe even the police. We defend our children in 2016. We defend them from everything.

← A Cruel June
Where You Can Put Your Putin →

De Ja Vu All Over Again