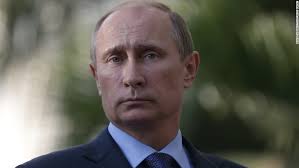 I loved my ten months in Russia, even when the Russians did some of the other things they do. I loved them when a student who was also a nurse took me to the hospital when I was ill, and to avoid the paperwork a new admission required, asked me to impersonate a patient named Larissa who’d broken her leg in a car crash the week before. I loved them when they drove me along their frost-damaged roads at speeds which made me grit my teeth and pray. I loved them when I clearly told them I didn’t want a cat because I’d get too attached to it and then have to go and they gave me one anyway so I wouldn’t feel alone.

My admiration for the Russians extends to a profound sympathy for their predicament: their predicament, or their history, the two are pretty much the same. No one has had a more turbulent and tragic history than the Russians. No one has endured more famines, wars, invasions, times of trouble, revolutions, civil wars, forced resettlements, gulag archipelagos…the list goes on and on. It is largely due to the many periods of upheaval and strife in their history that, yes, it’s true, the Russians prefer strong leaders.

Strong leaders in Russia seem to keep things together, and there’s no one better than a Russian to tell you what’s it’s like when things fall apart. I’m not sure where the 80% approval rating of the present Russian leader came from. Did it come from one of his state-owned television stations, or from one of his government departments? It doesn’t really matter. Even if the number is a little high, there’s no disputing the fact that Putin has a lot of support amongst his own people.

Which brings me to recent comments by the US Republican Presidential Nominee. Donald Trump stated that Vladimir Putin, the President of Russia, was “a much stronger leader than President Obama.” Well, in a way I guess he is. He does get a lot of things done. I’d like to dig a little deeper, however, into some of the reasons why President Putin seems to get more things done than President Obama and to get them done the way he wants.

Now my love of the Russian people, and my sympathy for their wish for strong leadership, doesn’t prevent me from identifying the leader they’ve got at the moment as no better than a dictator, and an increasingly brutal one at that. But he’s strong, sure, I guess so. If he wants to invade a country and say he didn’t, he can do that. If he wants to skim money out of the government till, he can do that, too. If he wants to shut down a newspaper, or send someone to prison, or confiscate the company of someone who got too big for their britches, there’s nothing stopping him. No doubt about it, he’s totally cool.

I can only wonder what Mr. Trump would have thought of Stalin. Now there was a cool one for you, the coolest. In fact, Stalin would probably have thought Putin was a wuss. There were no journalists writing embarrassing articles or opposition politicians when Stalin was in power, I can tell you. The gulags were full, and so were the cemeteries. People were afraid to go to sleep, afraid the Black Marias would come for them in the night.

The funny thing about that kind of strength, though, the kind of strength that’s so strong no one has the courage to do anything but obey, is that the strong person almost always starts to do stupid things. Stalin, for instance, all but wiped out the Red Army Officer Corps in 1937 and four years later when the Germans invaded, he really could have used those officers’ expertise. The Germans got thousands of miles into Russia before the Russians and their winter finally stopped them. It’s an interesting question how far they would have gotten and how many lives would have been saved if those murdered men had still been at their posts.

So, what I guess I’m saying is that the kind of “strength” President Putin wields is a double-edged sword, double-edged for himself as well as for his people. Strong leaders, leaders who live above the law, tend to overreach themselves eventually, and in so doing bring down ruin upon their countries.

The last I checked, this was exactly the kind of leader the United States was set up NOT to have. The system the Founders created in the late 1700’s was a system set up to prevent tyranny rather than to encourage it. It was set up to prevent someone from getting into power who could do whatever he wanted. It was set up not for the leader to be strong, but for the country to prosper. It was set up with what every fifth-grader knows, a system of checks and balances, a system that if you understood it better, Mr. Trump, would tell you where you can put your Putin.