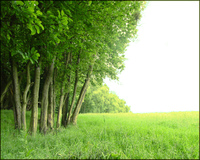 Last week didn’t begin well. On Monday afternoon, we had to hospitalize our cat, Socrates. He’d been battling pancreatitis at home for several days, and though we’d believed he was getting better, a Monday morning blood test revealed that this wasn’t the case. Our vet, a woman sworn to let no cat perish from this earth, had suggested putting him on an IV to stabilize him. Stabilize sounded like a positive word, sort of, yet as I carried Socrates into the examining room, I didn’t have a good feeling about it.

Then there was the election. Since the Comey announcement, the polls had tightened and though I comforted myself that Hilary’s whole life has been one long history of squeakers, that the Clintons always seemed to wiggle through, I wasn’t comfortable about that either. Though I still believed she could win, I just wanted the election to be over.

After I voted on Tuesday, I spent an hour at the vet’s, petting and rubbing Socrates’ head and neck the way he likes, murmuring sweet nothings. He wasn’t over-happy with the IV (he was constantly flicking his paw to try to get it off), but otherwise he seemed comfortable enough. He head-butted my hand, purred, and even came out of his cage to sit on my lap and watch the goings on of this small veterinary hospital. The blood tests of the morning had been a bit better. The IV was helping, though the numbers still weren’t that great.

So, on Tuesday night, my husband and I sat down to watch the election results already feeling a bit numb and weary. We were joined by friends who’d initially supported Sanders, but came over to Clinton after Bernie dropped out of the race. She’d brought champagne which I couldn’t drink because I’d just gotten rid of yesterday’s headache, a headache brought on by crying over the cat.

As we toggled back and forth between CNN and PBS, waiting for Wolf Blitzer to give us his alerts and predictions, listening to Shields and Brooks impart their quieter, more sober analysis, I could see the bowls of food and water I’d left out for Socrates under the table. I’d left them there on purpose, against my nature which is to clean things away. I’d left them there as a symbol of our hope that he could do it, that he could best his situation and come home to us again.

And so we watched. We watched the West and South come in Republican. We watched the Electoral College votes stack up for Trump. I told myself not to get nervous. I reminded myself I’d watched this happen twice before with Obama as he’d gone on to crush his opponents later in the night. But Hilary wasn’t crushing anyone. Something wasn’t right. And as the minutes ticked by a profound unease started to settle over us all, a feeling that the Hilary campaign appeared to have hit an iceberg, was taking on water quickly, and there weren’t going to be enough electoral votes to keep her boat from sinking.

We had to call it a night at 11 because of work and school, but I went to bed knowing it wasn’t good. Wolf Blitzer looked like he was going to self-destruct as he and Don King searched in vain through the city precincts for as-yet unreported Clinton votes. Michigan and Wisconsin were looking fragile. Michigan and Wisconsin! I slept, incredibly, and when I got up at 5:30, my husband told me Hilary had conceded at 3. Donald Trump would be my President. My country had actually done this.

Some colleagues of mine, Clinton supporters, had told me on Tuesday to wear a pantsuit to work in honor of Hilary’s victory, but I ended up wearing it in honor of her defeat. She won the popular vote. She fought the good fight. She was the intelligent one, the one who didn’t revel in her ignorance. As I walked down the hall of my school Wednesday morning, young children started coming up to me. “They’ve already started beating up black people,” one little girl said. “Today’s a sad day, Mrs. Strange,” a tearful boy informed me. “I’m afraid,” said many more. Whatever your opinion of Hilary, I don’t think you can say that a Clinton victory would have made third-graders fear for their safety.

I was proud of Hilary for conceding quickly and graciously. Would Trump have done that if he’d won the popular vote but lost the Electoral College? Obama as well stepped up and did the decent, the correct, thing. He went out into the Rose Garden, accepted the election, and assured us the transition would be smooth.

Texts and e-mails poured in from friends all over the world, from Australia, from Germany, from Canada, asking me how it was possible that the Americans could elect Trump. I wasn’t sure myself. I texted and e-mailed back that it was too complicated to explain.

That afternoon, in the hospital, Socrates looked tired. He was still glad to see me. He still head-butted my hand when I pet him, and rubbed his nose on the cuff of my gray jacket, a jacket my mother sewed in the 50’s. My mother didn’t live to see a woman nearly make it to The White House. She didn’t live to know Socrates. She passed away three years before we got him.

My husband came to sit with us and we discussed the morning’s blood work which had been mixed at best. The doctor wanted to try a different antibiotic. We told her we didn’t want to bother Socrates with a lot of treatments that brought nothing, or my husband told her this. I was crying too hard to speak.

On Thursday morning, as Clinton continued to win the popular vote, and protests began in cities across the country, the doctor called me at school to say the new antibiotic had been unsuccessful. “We’re not making any headway,” was what she actually said as if we were trying to get up a river whose current was too strong for us. I told myself I knew it would go this way. I told myself those bowls of food and water had failed to do the trick. “You can put something in his IV, can’t you?” I asked her. “He won’t feel anything?”

I’m not sure how I feel about the protests. Of course, they have the “right” to protest and I share their dismay over the election of Donald Trump, but the fact remains he won an election that was not rigged. Did all of the people out in the streets vote? Did they vote for Hilary? Because it was made quite clear. If your greatest fear was a Trump presidency, then you could only vote one way. Votes for the Libertarians or the Greens did nothing to prevent Trump from winning. But hey, maybe I’m wrong, maybe all the protesters are frustrated Hilary supporters. Though I kind of doubt it since one of the biggest criticisms of Hilary was that she couldn’t seem to attract pumped-up supporters. How unfortunate if Hilary’s supporters are pumped up only now in her defeat.

Thursday afternoon, Socrates, lying on a double-thick blanket, surrounded by flowers and people petting him and crying, put his head down on his paws for the last time and went to sleep forever. We brought him home and put him to bed in his room for one morenight, free at last from the limitations of his body, free at last of needles and IV lines and pain.

Friday was Veteran’s Day and we laid Socrates to rest at the edge of the woods next to the two “uncles” he never knew: Rusty, a wily scamp from the shores of Lake Winnipesaukee and Quicksilver, the runt of a litter of well-bred Maine Coons in Katonah, New York. Socrates himself came to us from Virginia via New Jersey. He lies facing southeast, in the direction of the morning sun, looking back the way he came.

Have we just buried the civility and hope of the nation with him? I don’t know. When do the millions lose their health care? When do the mass deportations begin?

On Saturday, I emptied the bowls of stale food and brackish water and I washed and put away the blankets from Socrates’ bed. It will take us a few months to pull ourselves together, but one morning we’ll get up and go out and find another little creature to share our home with. Life goes on. The nation goes on. The nation, hopefully, endures.