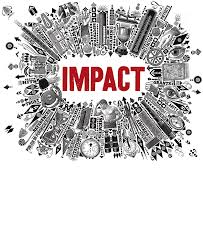 At the beginning of the Second World War in Europe, there was a period of time, eight months and one week to be exact, that was dubbed The Phoney War. This period began with the German invasion of Poland on September 3, 1939 and ended on May 10, 1940 when the German armies rolled over the borders of France, Belgium, and Holland. During this period of time, after the Germans had secured Poland, it was said that nothing much happened. People knew it was going to happen. People were waiting for it to happen, yet the onslaught everyone was waiting for failed to occur.

Of course, there were a lot of people who would have been surprised to be told that nothing happened during these eight months. The Poles, for example, who lost their country, or the seamen whose ships were already going down. The Finns would have been astounded to find out nothing was going on, for it was in this period that they fought and lost their ill-fated war against the Soviet Union.

So, there was plenty of stuff happening, but the big battle, the German’s full frontal assault on France, the Blitz on London, the events that we in the West generally associate with the beginning of the Second World War, had yet to occur.

The German term for this Phoney War was Sitzkrieg: the sitting war. It meant basically, that though war had been declared, and people in the West knew what was coming, or didn’t know, which was worse, they just sat around and waited for it, stunned that it had come to this, wondering how their lives and the lives of people they knew or loved were going to change over the next months and years. I have to admit, that’s kind of how I’ve been feeling since November 8, 2016.

Even though I know what happened and how it happened and why it happened, I’m still stunned that it happened, and spend most of my days sitting in front of a computer screen reading political and economic analyses, or with other like-minded, equally-stunned people, going over what might possibly be in store.

And, of course, that’s just the domestic list. Internationally, the next four years don’t bear much thinking about. Trade wars, real wars, the possibility of nuclear war? That’s when I move from being stunned to being just plain terrified.

Europe, of course, endured her nightmare and after six years of mind-boggling carnage came out the other end. She came out destroyed, her populations decimated. She came out cut in half. In the western part, she rebuilt herself with American help, and became for many decades and remains (I still insist) a darn fine place to live. People say that after the war the Western half of Europe became a better, fairer place. I agree with that, but oh what it took to get there. It’s also the kind of thing historians say years after the pain of events has eased. Whereas the people who lived through these events didn’t have the luxury of analyzing what was happening from a distance. They had to live it, bear it, and that’s what we’ll have to do as well.

The Wall I Knew

The Wall I Knew

Wallis, This One’s for You