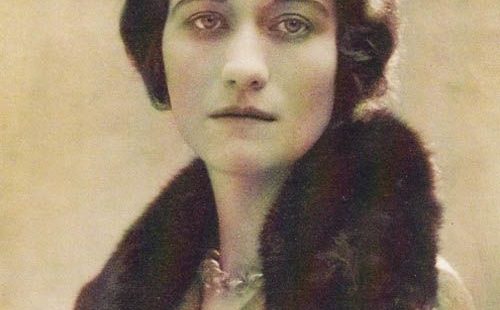 Wallis, This One’s for You

Finally, some good news for a change. Amidst the debacle of “tax reform” and what appears to be rampant sexual harassment, there’s a simple, feel-good, happy-ending story to report. To general approval and even shouts of jubilation, Prince Harry of England is getting married to Meghan Markle, the American divorcée, feminist, and bi-racial actress. How about that? The last time a royal English prince wanted to marry an American divorcée, it nearly brought down the monarchy. That prince, who was actually the king, was given a choice by his government:  Wallis, or us. King Edward gave up his throne, left England, and married Wallis Simpson in France.  He died an exile. My mother, who was sixteen in 1937, the year he abdicated, bought tabloid newspapers she couldn’t afford so she could follow every detail.

Fast forward eighty years and Prince Harry, who’s not king, and who most likely never will be, seems not to have caused anything but royal and public pleasure upon the announcement of his engagement to Ms. Markle. I don’t know much about Meghan Markle. I haven’t followed the relationship and I don’t watch “Suits,” but she looks good, they look happy, and the spectacle of their engagement and marriage will be a welcome distraction from the headlines that actually affect my life and the lives of those around me.

Let’s start with sexual harassment. I suppose I should be happy that Republicans and Democrats have finally managed to reach across the aisle and find some common ground: the inability to keep their hands off their interns. Though of course that doesn’t make me happy. Maybe if it was just the politicians, just a few old dinosaurs on Capitol Hill, I wouldn’t feel so bad, but it isn’t. It’s everyone! It’s the guys you thought were okay. It’s entertainers and philanthropists. It’s comedians and television hosts. It’s, well, both former and current Presidents!

Am I really surprised, I ask myself. No woman can live more than half-a-century and be surprised by grabby hands, lewd suggestions, and much, much more. Yet I am surprised, or shocked, or offended at a deep visceral level every time I hear about a new incident. Because no matter how many times a woman sees or hears or experiences sexual harassment, in between those times, she always reverts to type. That is, she becomes herself again, believes in her self-worth, treasures her personal space, and lives by the rules governing what she believes to be decent and allowable. Each new trespass therefore comes as a nasty reminder. Oh right, that. And then: Really? What were they thinking? Even after half-a-century, I haven’t figured that out. Do they go blank? Does something in the brain short circuit? The mystery of men’s minds.

I know a lot of Republicans believe that by cutting taxes on corporations, a great wave of investment-driven prosperity will be loosed upon the land. Jobs will spring forth from the newly-untaxed soil. Wages will grow fat and plump upon the vine. I don’t doubt there will be new jobs, and the wages of these jobs may well be handsome, but I’m worried the Republican tax plan, in whatever form it becomes law, will just exacerbate two of the biggest problems we already have in this country: income inequality and the fact that well-paid, un-and-semi-skilled jobs are vanishing at a frightening rate.

Here is the elephant in the room. The elephant everyone sees, but turns their back on. The Republicans thunder instead about immigrants, unions, and liberals. The Democrats talk fuzzily about creating well-paid middle class jobs, but what about well-paid working class jobs? Jobs for all those people who voted for Trump? Where are they coming from?

What I’m afraid of is that after the tax cuts,  a lot of companies will take their new-found money and invest, not in new jobs, but in new software and machinery that makes it unnecessary (and more profitable) for them to hire fewer workers. It’s already happening. Factories need fewer and fewer workers to produce more and more stuff. The people they do need are well-paid and highly-skilled, but you can run some factories these days with ten people staring at their computer screens, not three hundred working on the factory floor. And the warehouses where many of these former floor workers have found employment are busy investing in the kind of software and robotics that will soon make human work there redundant as well. How are the tax cuts going to help this problem?

I’ve read articles predicting that within a few decades, a quarter of the American population won’t have any work to do. None of these articles are written by people running for public office. The core of the Trump vote has watched their jobs vanish and they don’t like it. The Democrats’ fuzzy answers aren’t particularly convincing, so they’ve decided to believe the President’s lies. What’s going to happen when they figure out they were duped?

Under these circumstances, can you blame me for looking forward to the royal wedding? Aside from the fact there’ll be a much hipper wedding party (I hear Meghan’s mother wears her hair in dreads), I do also take a bit of pleasure in the fact Meghan is an American woman. I lived three years in England as an American woman and it wasn’t always easy.  The British have definite opinions about us, and they don’t always keep them to themselves.

So I imagine Wallis Simpson up there on her cloud, Princess Margaret sitting on the one next door. Wallis’s hair is perfectly coiffed, Margaret’s a little tousled. They’re both on their second or third cocktail, smoking like chimneys, and looking down on London with ironic smiles and just a touch of sadness around the eyes.  Wallis’s guy gave up everything for her. Princess Margaret’s gave her up so she could stay Royal. I hope it pleases them that neither Harry nor Meghan had to give up anything, that nowadays two people who love each other. whether they are Royal or not, can just tie the knot.

Then I imagine Wallis, who could always be a bit waspish, turn to Margaret, whose family gave her such a hard time: “You know, Princess, one way or another, we American women always get our man.”

And Margaret, who knew how to give as good as she got, replies: “Maybe American women always get their man, Duchess, but they didn’t get the Presidency, did they?”