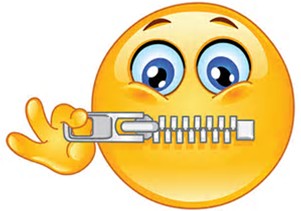 In our elementary school, we start teaching children about character traits in the third grade. We teach them to recognize the traits characters have in books and to recognize their own traits as well as those of their friends and family. We only teach a handful of traits to start. We teach them the traits we believe they need to have happy relationships and be successful members of the communities they belong to.

Our students don’t have any trouble understanding how someone could be loving or caring. How they might be trustworthy or responsible usually requires a few examples. There are two words, however, our students have usually never heard before. They happen to be synonyms. Some teachers teach one, some the other, some both. We teach them as a positive, as the ultimate positive. We teach them together with the old saw: “It’s not whether you win or lose.” We teach them the words persistent and perseverant.

After we give examples, we check understanding by asking if one of the children can tell us what they mean. Hopefully, our examples found purchase and someone says, “It means they never give up.” Or “It means they keep on trying.”

“Even if it’s hard.” They answer in chorus.

Persistence.  It’s still a virtue in the third grade, but not necessary, it seems, in the Senate. Or it’s a virtue if I agree with the thing you are being persistent about, if it fits into my belief system, but not if it doesn’t. Your persistence is not the same as my persistence. My persistence is pure. Yours is pernicious.

Elizabeth Warren persisted in trying to read a letter from Coretta Scott King during the debate on Jeff Sessions in the Senate. If you’re a Democrat, she was a fighter, a defender of the true faith. If you’re a Republican, she was being annoying.

Reporters from reputable news organizations like The New York Times persist in trying to get real answers out of Sean Spicer. If you oppose Trump, they’re heroes. If you support him, they’re the enemy.

President Trump persists in his attempts to close the borders to “enemies” of the United States. If you support him, you’re not using quotations. If you don’t support him, he’s turning our country into a police state.

The Republicans persist in trying to repeal Obamacare. If you support them, they’re saving us money and bringing back choice. If you don’t support them, you’re just plain scared.

I’m not exempt from these prejudices. I have my views. Yet, I struggle to be fair. Elizabeth Warren can be a bit screechy sometimes, and a room of reporters can often seem like a rabble. I understand how people might be leery of what’s coming in over the borders, and those Obamacare premiums are pretty high. But there is one persistence of the Trump Administration that I really cannot stomach: their persistence in insisting that legitimate news organizations are making things up about them.

Okay, I admit, when Trump called CNN fake news, CNN kind of lost it. It’s not really necessary to have every single story on the web site be about Trump and all the foolish things he’s doing. Don’t get me wrong. I’m on their side, but I’m still a little worried about them. They’re over-dosing on opposition right now and I think they need to taper. You know, cut the number of stories on their web site about Trump down to 99%. Then, when they feel comfortable with that, drop it to 98. Then we could free up a little space for some of the other things going on in the world, like the Syrian situation, or the European refugee crisis.

I graduated from high school in 1981, eight years before the Wall came down, not the one we’re apparently now going to build, but the Wall that cut Europe in half and produced untold misery for the continent it severed for twenty-nine years. Back in those days, Russia was still the Soviet Union. There were still enough Cold Warriors around that whenever you said anything even mildly critical about the United States, you were told to go live in Russia if you didn’t like it. Well, I did live in Russia many years later. I taught English there for a year. This afternoon, when I read the news about Trump’s latest attempt to muzzle the legitimate press, I felt like I was back there. And I didn’t even buy a ticket.

← To The Barricade
Spread the Word →