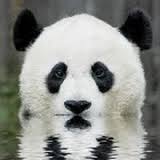 Venice is a city of illusions: illusions of water and light, of time and space, of stillness and movement. Looking out from the quays of Venice, it is often hard to tell what is island, sea, or sky. In the city, with the complete absence of cars and trucks, you often aren’t sure what century you’re in. For myself, after only a few days on the Venetian vaporetti, even after I get my feet back on the cobbles, I still feel as if I’m out on the canals. The problem is so pronounced that a week after leaving the city, I’m still rising and falling with the waves. Each time I go, I carry the motion of the Venetian lagoon home with me.

Aside from this particular physical quirk, the chief illusion that I and everyone else experience in Venice, has to be its solidity. When you are in the city, you believe in the solidity of these fragile islands. You believe in their solidity despite what you know about the precarious construction of the city. You believe in it as you wander through the multitude of Venetian campos and pass under the soaring walls of one massive church or palace after another. You believe in it even though you know, as the proprietor of our favorite restaurant in Venice has said, that Venice is little more than “a dream of stones built on water.” You believe in this dream even as you know the stones are sinking and the water is rising over them. You believe that Venice is eternal.

Though Venice is a city of illusions, the Venetians don’t suffer from many. They leave that to romantic-minded tourists like myself, people who don’t know better, or who do, but can’t help themselves. The chief illusions the Venetians don’t suffer from are two: that great empires are permanent and that men don’t have an adverse effect on their environment.

Venice was once queen of the waves. She rose to power and stayed there for many centuries, a small city state built on wooden pilings. She grew rich on trade, the trade between Europe and the East. In the thirteenth century, her most famous son, Marco Polo, wrote his book about the wonders of this East, yet he was nothing more than a merchant and a merchant’s son. The Venetians were businessmen, the best shipbuilders in Europe, its most sophisticated tradesmen. Venetian fortunes were built on buying and selling, on what the Europeans craved: spices, silk, precious jewels, but what they couldn’t get themselves. Until they could. Until they figured out a way to sail around Africa and out to China and India, bypassing the tolls and levies of the Eastern end of the Mediterranean, the tolls and levies that had made Venice and the Middle East rich.

There wasn’t much Venice could do about it. Technology had outstripped her. She struggled on for several centuries, but in 1797 surrendered to Napoleon, who promptly handed her over to the Austrians.

Venetians watched it happen, their slow demise, the final catastrophe, and they came to know what others might soon need to learn. Empire never lasts. You can’t be top dog forever. Conditions change in ways you weren’t prepared for, or could do nothing about.

The other thing the Venetians have no illusions about is what is now happening to their city, or what has been happening for a long time and is now gaining a frightening momentum. The waves upon which she rose to greatness are overwhelming her.

The popular notion that Venice is sinking is correct, yet the reason is not what you might think. Yes, the weight of her buildings bears down relentlessly upon the mud of the lagoon beneath her. Yet the main reason for the subsidence of the city comes not from the buildings above but from the void below, a void created by men. In the early years of the twentieth century, the aquifers that lay beneath the city were pumped out to furnish the industries on the mainland with water. This was when Venice really started sinking. They stopped pumping in the 1970’s, but the damage to Venice was done. Her stone and marble now bear down upon emptiness, an emptiness that cannot support them.

Then, of course, the seas are also rising. The seas are rising and will continue to do so no matter how many nay-sayers are elected to The White House. You won’t find many Venetians who’ll tell you global warming is a hoax, that they don’t believe in science, or that industry shouldn’t have some environmental regulations placed upon it.

So, the Venetians have no illusions, yet I hesitate to call them cynical. Those who’ve continued to live in the city, who haven’t fled before the tourist onslaught or the rising waves, are wary, and tired, but also determined. No one exemplifies this attitude of cautious resolution better than the proprietor of our favorite restaurant, the Riviera, a small, highly sophisticated eatery at the end of the Zattere Promenade, next to the San Basilio vaporetto stop. He is a tall, thin man who looks a bit like Salvador Dali, with a touch of Rasputin thrown in, and can often be seen wearing a brightly-flowered shirt and a pair of wide-legged Turkish pants as he waits on tables. He is an eccentric, a cross between foodie, philosopher, and performance artist. His restaurant is also an art gallery and I found it particularly apt that one of the current exhibits is a series of photographs of the last sightings of extinct birds. The Riviera offers some of the most well-prepared and inventive food in the city, but before you eat, it is necessary to read. Its menu begins with a question:

Are Venetians a species designed for extinction?

The Panda also was such,

And the good news is that it no longer is.

Living and working in Venice:

…is an act of Resistance against the lowly interests of ignorance, finance, and lack of education. Without being able to count on a true urban policy for the City, the remaining citizens’ commitment is the last defense for the survival of this dream of stones on water. We appeal to you…help us move beyond a foolish romanticism or a mask made in Thailand. We simply ask you to inform yourself and then spread the word.

Good advice for intrepid travelers, as well as people who stay at home. Look beyond the short-term interests of the last quarterly report. Beat back ignorance. Commit yourself. And with such commitment, perhaps we might all survive, like the Panda, like Venice, like a civilization that didn’t wait until it was too late, that didn’t let their illusions blind them to reality.

← Persistence
Where We Come From →