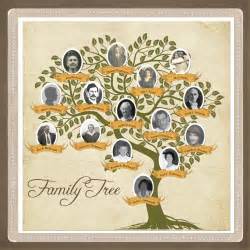 Where We Come From

A family history is a collection of stories, stories told and retold and made old not so much by the passing of years as by the act of their retelling. These stories are both mutable and calcified. They change as time passes, as one generation tells them to the next. They change as the teller ages and as their mind suddenly offers up details they’d believed forgotten. They change as this same teller forgets other things: names, places, years. They depend on the teller’s frame of mind. Are they happy or depressed? They are refracted through the contingencies of the present. Is the story supposed to be a cautionary tale, or to provide inspiration and moral uplift?

Then there is the calcification at the heart of all the stories, the facts or beliefs that never change, that no one bothers to ask about or challenge because they are “known” to be true.

All my life, more than half a century, I grew up “knowing” that I was Swedish, Norwegian, and German. My mother grew up in Pittsburgh in a neighborhood of steelworkers and former-farmers fleeing the industrial exploitation and bad harvests of turn-of-the-century Sweden. My father’s paternal grandfather came from Norway. He was a sailor who jumped ship in New York Harbor in the late 1880’s. He came from a prominent family, or rather a family that would later rise to prominence when cousins won skiing medals in the 1936 Olympics and were active in the Norwegian resistance during the Second World War. It wasn’t totally clear why my grandfather took ship on one side of the Atlantic, or why he left it on the other. There were stories that he’d had to leave Norway, that he’d killed a man, or fathered a child out of wedlock, or perhaps both. It was a mystery, or just a story he hadn’t wanted to tell. In any case, we knew what we knew and we knew what we didn’t know. Or thought we did. This was both comforting and compelling.

My father’s paternal grandmother emigrated from Bremerhaven in Northern Germany. Her maiden name was Kistner, which means coffin-maker in German, and she was one of eleven children. She worked as a maid in New York and married my great-grandfather, the Norwegian sailor, in the German Lutheran Church up on East 88th Street. My father remembered her clearly. He remembered the way she coughed and called it her “catarrh.” He remembered the way she spoke German to other people when my father was around and she didn’t want him to understand what she said.

My father’s maternal grandparents were also German and thus with three grandparents being German this was the ethnicity my father most identified with. He grew up eating Sauerbraten and Potato Dumplings at Luchow’s on 14th Street and was inordinately fond of Black Forest Cherry Cake. He didn’t speak much German, but he could read a menu. Years later, when I lived in Germany, I don’t think I ever saw my father as happy as he was sitting under the summer trees in front of an enormous, dripping haunch of meat, a mound of fried potatoes, and a large, cold beer.

Not a drop. Not one drop of German blood. We are not German.

A recent DNA test confirmed my Swedish and Norwegian heritage, and pinpointed the parts of Sweden and Norway our people came from so accurately that I have no reason not to believe the rest of the results. There’s some British blood in there. That was news. Maybe some Viking activity? A captive brought back in one of the long boats? But the people who immigrated to America from different parts of Germany in the late 1800’s may have emigrated from Germany, but they didn’t originate there. I, my sister, and my father, are Eastern European, and Eastern European Jewish. The Eastern European DNA could come from a whole host of countries, but probably comes from the same ones as the Jewish DNA. We are probably from either Slovakia, Moravia, Hungary, Poland, or a combination thereof. It’s not totally crazy. Slovakia, Moravia, Hungary, and parts of Poland were all former principalities of the Austro-Hungarian Empire, so our people would have spoken German and could easily have migrated to Germany, and from there, after who knows how many generations, to America.

What you think you know about yourself collides with what you actually are. My father didn’t live to know this. Would he have been shocked, shrugged, or laughed? I’d like to think all three.

I definitely laughed. I didn’t shrug, and I wasn’t shocked, though the revelation did prove a trifle eerie.

Eastern Europe. I’ve been there. I’ve been to the former East Germany. I’ve been to Prague when it was still the capital of Czechoslovakia. I’ve lived in Russia and been to both Estonia and Ukraine and there was definitely something about all these places that called to me. In Russia and Ukraine, it was perhaps the endless expanse of steppe stretching out toward Asia. In Estonia and Czechoslovakia, it was perhaps the cities that looked like fairy tales, or the enigmatic sadness in the way people smiled. Perhaps it was the great books I’d read by the Russians and later by Kundera, Schulz, and von Rezzori. Perhaps it was just something exotic, something outside my experience. Or perhaps without knowing it I felt something of myself there.

Most of the people who know me also know I’m working on a novel. It’s called The Eastern Train and it’s set in the Germanies of the 1980’s and also in Czechoslovakia. One of the characters is a Czech-American girl in search of answers about both herself and her mother. Another character was a Czech, possibly Jewish, maid who worked for a German family in Dresden in the 1940’s. The two Czech characters aren’t related, but they resemble one another, and a third character, a German man, ends up loving both of them, one when he was a teenager, and another in what turns out to be the sunset of his life. Why did I write about Germans in love with the Eastern parts of their country? Why did I make my characters Czech? The American writer, Sophfronia Scott, at a recent Connecticut Women’s Writers Reading was talking about the mysteries of character creation. “I believe I contain multitudes” she said. “And who knows where these multitudes come from?”

They may even rise up out of your past, a past you didn’t know was yours.

In my book, the eastern train is the train that carries both my main characters back to the past, a past that they are in their different ways struggling to deal with, but it’s also more than that, of course, for nowadays no one can write a book about Germany in the 1940’s, or perhaps at any other time in her history, and have the symbol of a train not mean something deeper, more desperate, and infinitely more terrible. Up until a week ago, this additional layer of meaning was an abstraction. Now I know that members of my own family almost certainly rode these trains, trains full of hunted, desperate people that went east and never came back. Authors are always passengers in their own stories, whether the writing is directly autobiographical or not, but it was a surprise to learn that had I found myself in Eastern Europe in the early 1940’s, I too would likely have ridden on the eastern train.

My mentee had to do a DNA test for one of her college courses. Coming from the Cape Verde Islands, the jumping off point for thousands of sailing ships down through the centuries, Georbina’s DNA was a veritable kaleidoscope of races and ethnicities. I’m sure the professor was gratified by her results, and used them as a case in point for what he was trying to show. Namely, that our ethnicities are complex and often surprising, and rigid concepts of ethnic purity or race are not very helpful in understanding either ourselves or others.

Do I feel differently about myself since getting the results of the test? The answer is both yes and no. Certainly, I feel intrigued by what I now know about my family and also what as a result of the Holocaust I’ll probably never know. I feel sad, but also excited, interested in learning as much as I can about these new parts of the world. Yet, I also feel exactly the same, for in fact nothing has changed. I am who I am, who I always was. I am the complex result of thousands of years of genetic history, descended from men and women who loved and suffered, laughed and cried, who were born, lived their lives, and died in Sweden, Norway, Great Britain, Central Europe, and the United States. I am the descendent of people who made the decision to leave their homes as well as people who were very likely forced from them. I am no better or worse for this. I am what every White American is, the descendent of immigrants and wanderers, of people looking for something better, or fleeing something worse. I am the product of a family that, not without its struggles, was lucky enough to get where they wanted to go and find there some portion of the security and prosperity they were searching for.

← Spread the Word
What They Remember →