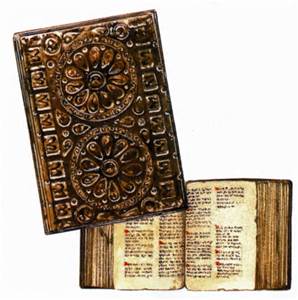 As another year draws to its close and the next one edges near, there seems to be in both the public and private domains a fascination with the compiling of lists: lists of things achieved in the past year, lists of things intended for the next. We read in the pages of magazines and newspapers, or on the screens of our devices, lists of the best movies, the most important news stories, the most horrific disasters, the most evocative photos of the year soon to end. We reflect on what we and others have done, or not, on what we need or intend to do in the future. We seem compelled to do this at year’s end, to take stock of who and what we are, of where we fit in, of where we might be going.

I am as fascinated by these lists as the next person, and so I recently found myself studying The New York Times 100 Most Notable Books of 2015. As a result, hours away from the start of the new year, I hold in my hand a book about the cultural history of the North Sea from the eighth to the sixteenth centuries. Contained within this book that I found on one list was another rather frightening list that apparently made the rounds of Europe back in the tenth century. It was a list of proofs that the last days of the world were at hand. There were six things to look out for: the sea flooding the land, earthquakes to make mountains and valleys disappear, stars falling to the earth, mankind going mad, universal fire, and a rain of blood.

Now, I am not a superstitious person, nor am I on the lookout for portents of the end, but this list from the distant past did make me pause when I read it, even shift uncomfortably in my seat. I certainly read it again.

The lead story on CNN’s web site two mornings ago was “Fire and Flood.” Torrential rains in South America, Northern England, Missouri, fires burning out of control in Australia, Spain, and California. Now, I’m one of those people who believe that on our warming planet sea levels are rising, but even if you don’t believe this, I have a feeling that the weather these days still probably unnerves you a little. It’s warm when it’s not supposed to be. Or too cold too soon. Storms seem stronger, more frequent and more destructive. The earth seems to be lurching from one weather-related disaster to another. They predict it will only get worse.

A bright spot on the tenth century end-of-the-world list is that earthquakes were actually down in 2015. Only 123 over 6.0 on the Richter Scale (compared to 144 in 2014, 204 in 2011). This is cold comfort, of course, if the mountain you lived on ripped open, or your valley or town or family lies buried under a heap of rubble.

For stars falling to the earth read bombs screaming down into the Syrian suburbs, or airplanes plummeting into the Sinai. Wars and insurgencies and rebellions rage without end. Wars that were declared over don’t seem to be.

Madness? Absolutely. Millions of people fleeing intolerable conditions of persecution or war embark in boats they know will sink go to countries whose languages they don’t speak to rely there upon the kindness of strangers. Misguided young men and women run around the cities of the Middle East, Europe, and America, guns blazing, bodies strapped with explosives, some motivated by religion, some, it’s hard not to think, merely by boredom. It rained blood this year in Paris and San Bernadino and Beirut, just as it has been raining blood for years in Syria and Nigeria and for more than a decade in Afghanistan and Iraq.

Bad things, you say, have always happened, in all years and at all times. Yet this year did seem to bring a particular concentration of unsettling and tragic events. I confess I feel a deep and profound unease when I think about what’s happening in the world today. I feel as if I’m watching several disasters unfold slowly before me.

Perhaps my unease has to do with the people who continue to deny there’s anything wrong (the climate-warming nay-sayers, for example), perhaps it’s because I don’t like the rising waves of demagoguery and hatred in Europe and the United States. Certainly, the feeling that the world is out of joint is with me most days. I can’t seem to shake it.

What should I do?

The Long Walk Across Europe

The Long Walk Across Europe