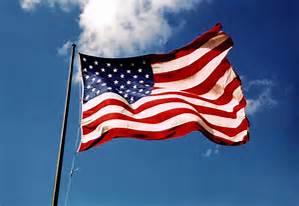 And so it began yesterday upon the frozen fields of Iowa, that great democratic act of choosing. The Iowans have done once again what they do for us every four years. They’ve brought to its end the preliminary round of the Presidential primary season. It has been a season notable for excesses of behavior, for a level of nastiness, of braggadocio, of schoolyard name-calling not seen in this country in modern times. These excesses have taken place almost solely on the Republican side. I don’t think you have to be a Democrat to admit that if nothing else, the Democratic campaign has retained a level of civility that the Republicans, goaded by Donald Trump, jettisoned almost immediately.

Yet, civility or no, it seems pretty much everyone in 2016, on both the Democratic and Republican sides, is mad.

The Democrats are mad at the super-rich, at Wall Street; the Republicans at Obama, the terrorists, Obama, the immigrants (did I mention Obama?). It goes without saying that each side is mad at the other.

It seems to me, however, that the anger, the fury, which for some reason always seems most bitter on the Republican side, has exactly the same cause, a cause that has nothing to do with any political affiliation. It’s simple. We’re worried. We’re uneasy. We see that the America we are living in is not the America we were promised.

It used to be just English Majors and Beatniks, or left-wing guys like Bernie, who believed the American Dream was a mirage, but now pretty much everyone seems to think so. You can’t get ahead without cheating. The game is fixed in Washington. The little guy doesn’t have a chance, and it’s all the other guy’s fault, or at least the other guy’s political party. If only we had more guns; if only we had none. If only there could be a wall; if only we could take in everyone. If only there were less government regulation; if only there were more.

The blame game continues, yet I think the deep and profound sense of angst that has taken root in the land is not a result of any specific Democratic or Republican excess. It is the result of a transformation of the world economy, a transformation that you might argue governments could have stopped, or should have, but who welcomed it instead.

Globalization. It was supposed to be a great thing.

Yet America, our grand, globalized 2016 America, is too often these days a country of fear. Not of terrorists and immigrants although many have chosen to focus on them instead. No, these days in America a growing number of people are terrified they won’t ever have a job, or if they do have a job, only ever a bad one. People are afraid they’ll have to work three jobs to get by. Many people are working three jobs to get by. People who want to work with their hands, who years ago could have earned a decent living with a strong back and a good work ethic and a reasonable amount of common sense can no longer do this. Whole areas of our country have only the ruins of factories left in them and the boarded-up main streets and human desperation that go with them. That great sucking sound of manufacturing jobs gone south of the border or out to the Far East has hollowed out the nation’s soul. The economic gurus can talk all they like about the glories of innovation, entrepreneurship, and flexibility, but the fact of the matter is a lot of people just want to go to a job that someone else gave them, and they don’t want to move twelve times in their lives chasing work, and they don’t want to be afraid to get sick, or live paycheck to paycheck. No one wants this. Not Republicans. Not Democrats.

I don’t hear too much talk out on the campaign trail about globalization. I hear people talk about good, middle-class jobs, but not how they’re going to be created. I don’t hear anyone talking about good, working-class jobs. Nobody has the courage to bring that one up. I hear a lot of talk about groups of people who are ruining it for the rest of us. Right-wing conservatives, left wing liberals, rich people, poor. But the accusations are so oft-repeated that they’ve long ago grown stale.

The only person who actually has a plan to do something about it is Bernie Sanders, and by plan I don’t mean bringing the days of the good old jobs back. Bernie, that white-haired, later day Robin Hood, wants to tax the rich and give it to the rest of us, so we can pay our rents and our mortgages, our food and medical bills, our kid’s tuition. It’s good of him to think of us, and it’s hard to feel sorry for millionaires and billionaires, yet is this a long-term solution to the problem? I don’t think so. I don’t know what the solution is, and looking out over the field of possible Presidential candidates, I think I can safely say that none of them do either.

So they talk of other things. They call each other names. They redirect our fears. As the factories of yesteryear crumble into the dust, as the people of America ask themselves what exactly happened, as we go forward into the future in fear and trembling, struggling to hold things together, trying hard to keep our eyes steady on the glory and the dream.

The Girl in the Photo
Tags: economy, globalization, politics

The Girl in the Photo