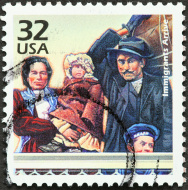 You have to feel sorry for the Republicans. They finally manage to field two candidates who speak fluent Spanish, who might have broken the Democratic strangle-hold on the ever-more-critical Hispanic vote. And what happens? Along comes Donald Trump, with his rantings about Mexican criminals.

Party strategists must be crying in their cups as the rest of the enormous pack of Republican presidential hopefuls trips over itself trying to go Mr. Trump one better. Just yesterday Chris Christie announced he’d track illegal immigrants like Fed Ex packages. Jeb Bush, whose wife hails from Mexico and who has himself lived south of the border, couldn’t bring himself to jump on the Hispanic-bashing bandwagon, so what did he do? He talked about the nefarious Asian women coming here to have their “anchor babies” (children who because they’re born in America will automatically get citizenship and a leg up, presumably, when they apply for Harvard in eighteen years’ time).

But wait a minute, you say. The Republican primary contenders aren’t bashing all Hispanics and Asians. They’re only talking about people doing something wrong. They’re talking about law-breakers. But here’s the problem with that, here’s the reason why the larger Hispanic and Asian communities stiffen at the careless words of these politicians. How do you, without demanding ID, tell the difference between legals and illegals, between criminals and citizens? How do you tell the difference between the honest, law-abiding Hispanic and Asian citizens and the border-hoppers and baby-droppers? The answer is that on the face of it you can’t. Sadly, when people start making these kinds of statements, an entire group gets stigmatized.

Groups that have frankly had enough of that already.

Historians will tell you that it’s a well-documented phenomenon, stirring up fear between the old immigrant groups and the new.

For unless your people were Native American and were here already, or African-American and were brought here in chains, you and I and everyone else we know is, or is the descendant of, an immigrant. We’re a country of immigrants. We’re proud of this fact, or say we are. Yet, in all our long history of immigration, the truth is that as each successive wave of new immigrants arrived, there was always a partial or near-total rejection of this newest group by the groups that got here before them.

The list of complaints was long. The new people were uneducated. They were lazy. They drank. They were darker. They practiced the wrong religion. They dressed differently. They spoke incomprehensible languages and had strange customs. They were criminals.

A funny thing happens, though, as the years pass, as each immigration is followed by the next. The people who were complained about begin to do the complaining. In the meantime, the story of their own immigration gets somehow nobler and more virtuous. The mess of it evaporates (for all immigrations are a mess with wrong-doers and ne’er-do-wells mixed in with the saints) and it assumes its place in the greater American myth: We arrived poor and with nothing, worked hard, learned English, and became successful. No one helped us. No one did anything wrong. No one strayed into illegality or sloth.

We all know this isn’t true, but at the same time we don’t know it.

But the illegals, you say, the illegals. What about them? They’re marching in hordes over the border, overwhelming us, threatening our jobs, our schools, our way of life. What do we do about them?

I don’t know. All I know is I don’t want to demonize them, people who‘ve had a choice only between what is bad and what is worse.

I remember an exhausted boy being interviewed somewhere in Mexico a year or so ago. He was not from Mexico, but had been traveling through Mexico on his way to the USA. When he got to the US border, he was going to try to walk across. He knew he could die, but living in the Central American country he was coming from was also a kind of death, and so he was willing to take the chance. The reporter asked him if he knew that if he were caught he would be deported. He knew this, too.

“You won’t stop it,” he told the reporter, looking wearily behind him at scores of other young men sitting on top of a idled train. “No matter what you do. There are no jobs in our countries. There are jobs in America, and we’ll keep coming.”

“That’s right, they come to take your jobs!” Mr. Trump shouts to his seething crowds.

Now, I’ll be the first to admit I don’t have all the statistics, but as far as I can tell, the illegal immigrants seem to take the jobs we don’t want and work for wages we refuse. They pick our food and build our houses and take care of our elderly and mow our lawns and, and, and. Many a small and medium-size business would fold without these people. I’m not an economist, but I suspect that things would actually not get better if they weren’t here. I suspect they would get worse.

But, heedless of these truths, the Republican presidential hopefuls bluster on, dragging the party into negative territory, setting records for meanness and spite. And the sad thing is, they might get away with it, for the Democrats, who’ve finally fielded a female candidate who could really make it to the White House, who almost did last time, now have problems of their own.

Get Fed Ex on the line. Tell them they’ve got a new business opportunity.

The End of the World
Tags: immigration

← The Neighborhood
The Long Walk Across Europe →