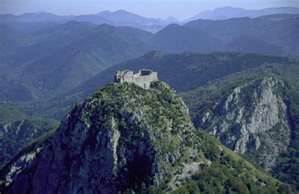 One summer when I was about ten years old, my mother went to the library to get some novels for me to read while we were away on vacation. Considering the selection of books I got, all she must have done was go into the stacks (in the adult section) and blindly pull books off the shelves. She certainly didn’t worry about censorship of any kind. Thanks to this absent-minded unconcern of my mother’s, I was presented with a rollicking and highly sensual fictional character who I was probably far too young to be reading about but who was to play a great role in my imagination for many years to come. Her name was Angelique.

Angelique was the heroine of a series of books set in France and French Canada starting in the 1640’s and running through to the mid- 1670’s. The books were written in the 1950’s and 1960’s by a French husband and wife team called Serge and Anne Golon. They were not written for ten year olds who had just finished reading Anne of Green Gables.

Angelique was born into an impoverished noble family in Poitou, but married off at the tender age of seventeen to the Count of Toulouse, one Joffrey de Peyrac. De Peyrac was an original character, a scientist in an age of faith, a patriotic southerner trying to revive the ancient Courts of Love of the Languedoc of the 12th and 13th centuries, a fabulously wealthy nobleman who didn’t kowtow to Paris and the new king of France, the young Louis XIV. Needless to say, it didn’t go well for him. He was accused and convicted of heresy and subsequently burnt at the stake on the Place de Greve in Paris. (Except of course he escaped.) Angelique had to go on without him until they were finally reunited several books later. I have read the entire series countless times.

Now, here I find myself, some forty years hence, in the southwest of France, not too far from the great city of Toulouse. Now I understand, as I did not when I first read the Angelique books so many years ago, how inextricable the subject of heresy is to the region of the Languedoc, how impossible it is to fully understand it without understanding the role the “heretics” played here.

Welcome to Carcassone, Land of the Cathars.

So reads the sign on the small local airport we flew into just a few miles south of Toulouse. Catharism was a movement of Christians not just here in southwest France but in the Balkans, Italy and Spain, which did not accept certain aspects of the Catholic religion. They did not believe in baptism by water, for example,  nor in the Eucharist, nor in any of the sacraments of the Catholic Church. Their ritual for absolution was called consolation, and could not be given to anyone who was not conscious, could not speak the responses, or who was not old enough to understand the meaning of the ceremony. They were dualists in the tradition of Manicheanism believing in two creations: God had created the kingdom of the good and the Devil the earthly world full of sin.

The Catholic Church could not abide this doctrine and the strength of its adherents and declared a crusade against them. In 1209 the French king sent his knights south to crush these Cathar heretics of the Languedoc who were supported by the wealthy, powerful and independent counts of Foix and Toulouse. The knight in charge of what became known as the Albigensian Crusade was Simon de Montfort.

In the first Angelique book of the series, while Angelique is still living in Toulouse and ever so gradually falling deeply in love with the man she was forced to marry, one evening she and her husband entertain the Archbishop of Toulouse. In the course of an argument between the Archbishop and Angelique’s husband, the Count, the Archbishop icily informs him that he, the Archbishop, belongs to an ancient family which has been in Toulouse for 400 years. “Four hundred years?” thunders the Count, “Four hundred years! You mean your family came south in the wagons of Simon de Montfort! Man of the North! Man of the North! What are you doing at my table?!”

Simon de Montfort and the Northern Barons waged a brutal campaign against the Cathars in Languedoc, massacring tens of thousands of people, burning the Cathar parfaits (their ministers) at the stake, and confiscating conquered lands for themselves and the Crown. From 1216 to 1224 the Languedoc overlords did fight back, but a second crusade sent out by Louis the VIII in 1226 eventually overwhelmed them. It culminated in the siege of Montsegur in 1244.  Two hundred and twenty Cathars who would not renounce Catharism after the mountain fortress was finally taken were dragged down the mountain and burned at the stake in a field at the base of the hill. Yesterday morning a local farmer was quietly cutting his hay in this field which lay in the hot noonday sun next to a small stone monument erected to the Cathars who perished there.

It took another seventy years before the Cathar movement, between Crusade and Inquisition, was finally stamped out in Languedoc and the rich lands of the south fell under the sovereignty of the French king. But Joffrey de Peyrac, in the 1660’s had not forgotten the outrages of the 13th century and my impression is that 350 years on, the population of the old Languedoc still hasn’t. The old Cathar fortresses, and in particular Montsegur, have become points of historical and mystical pilgrimage. Everywhere you go throughout the land, there are signs for Cathar this and Cathar that. There is a healthy disgust over a Paris license plate or accent. The men of the north are still considered to be intruders.

So now I know why the writers Serge and Anne Golon chose the fate they did for Angelique’s brilliant and powerful husband. What other fate could possibly have befallen him as an independent and free-thinking Count of Toulouse? For the history of this other south of France is very different from the beaches and glitterati to the east.  It is full of blood and fire and the spirits of the Cathars who died for their faith lo these eight hundred years ago. And the mountains of the Pyrenees rise solemnly over this ancient battleground as if to remind us of their sacrifices and the intolerance that the men of religion of both sides visited upon one another during the years of the religious wars here.

Where We Come From
Tags: books, history, religion, travel, war

Where We Come From