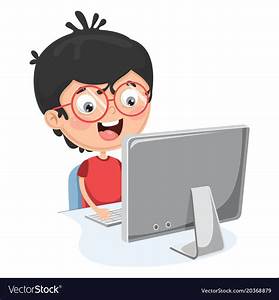 At 10:45 every morning, one of my elementary ESL classes meets for half an hour online. There are five students in this class: two are “virtual” or learning from home and three are “hybrid,” which means that they sit in their physical classrooms in the school and switch from their regular virtual classroom to my virtual classroom at their scheduled time. I sit in my empty room and teach to a computer screen.

“In and out,” is the reply, usually accompanied by a frazzled look.

M. can sound out his letters pretty well, but he has a hard time blending the individual sounds into words. Unfortunately, the expectation in M.’s grade is that you can read. M. is set up at home with a loaner Chromebook from the school district, apparently reliable internet and to his parent’s credit, a quiet room of his own to work in, but he seems to be left entirely alone during school hours and M. really needs someone with him. On the days he does join me, he generally sits there hugging a large stuffed animal. Despite this special friend, M. has a hard time staying seated and when he is seated, he tends to rock back and forth or swivel his head from side to side as if he were looking for someone who isn’t there.

One day he interrupted the lesson to ask if he could get his parrot out of the closet. I said of course, assuming that it was either a stuffed parrot or that I had heard incorrectly. M. got up and returned a short while later holding a small white ferret that he settled on his lap.

It’s always a pleasure when your students surprise and delight you.

“Coco,” M. replied proudly, giving the little beast a stroke. We all watched as Coco lifted his head to accept this offering of affection, nuzzling M’s hand.

“Your name is Coco?” I asked him. There was no hint of such a name on any of U.’s school records. “Or is it just the name people call you?”

“It’s the name people call me,” U. nodded happily, leaning so close to the screen that I could see the pores of his skin.

U. reads better than M. He reads a grade level down from the one he’s in. U. is not virtual. He sits in his regular classroom one floor below me, but I teach him online in the same way I teach M.

For the first six weeks of school, U. did not have a Chromebook. He was on the list to get one, but the need in the district was great and they were prioritizing the virtual students because the hybrid students could at least use a computer in school.

U.’s teacher, however, did not have enough extra Chromebooks in her classroom, so for six weeks U. was on a mainframe without a camera or a microphone. That meant I couldn’t see him and he couldn’t see me. He could hear my questions, but he couldn’t answer them orally. The computer he was on was old and the sound kept cutting out, or maybe it was the internet connection. This connection failed on a regular basis every day throughout the school. When U. could hear me, he typed his answers in the chat box. His spelling was phonetic and often required significant deciphering. When he couldn’t hear me, I would type in the chat box for him to turn on his caption function, so he could at least read my spoken words.

Without a Chromebook at home, U. also couldn’t do asynchronous learning after he left school. He couldn’t do his homework.

At about the six-week mark, U. did finally receive a Chromebook from the district and was able to start participating in our classes more fully. I was pleased that I could finally see and hear U. and he could see and hear me and the other children in the group. He had gotten headphones from somewhere (not district issue), but they didn’t work very well, or maybe it was the Internet connection again, but U. would often interrupt the lesson.

“What?” he would suddenly write in the chat, or put his hands to his earphones and shake his head in frustration. “I can’t hear you. I can’t HEAR you.”

This was a technique teachers and students were forced to use multiple times a day to combat the constant freezes and lost connections. It did often fix the problem, but not always.

An additional problem for U. was the noise in his classroom. All the students who got ESL or Reading support were supposed to attend their lessons virtually from the regular classroom they were sitting in, but these classrooms were often not quiet and it was difficult for me to hear what U. was saying or for U. to hear me.

“What?!” U. would cry. “I can’t hear you.” Whenever he said this, I was never sure if it was U.’s equipment acting up again or if he meant that it was impossible to hear because of background noise in his class.

To my embarrassment, when U. had to transition to virtual learning because his class had been exposed to a Covid-positive person, I was delighted. U., who was not sick, could finally sit somewhere where he could hear. Sometimes his mother sat with him. Other days he sat amidst a welter of cribs and playpens at his babysitter’s.

Yet another student in this class was T. She also read one grade level down from the one she was in. She was at home, had a Chromebook, a reasonable Internet connection and an older brother in middle school who was working in another room of the apartment but who looked in on her from time to time.

T. was a good girl. She logged on every day on time, participated in class and with her mother’s help (she told me), did her homework. She sat on the floor of her living room in front of a table that was too high for her and when she had the camera on, I could often only see the top of her head.

“Adjust the screen, so I can see your face,” I would ask and T. would always oblige, but she would also often turn the camera off. A lot of students turned the camera off. Even when you asked them not to. The district rule was that their face had to be visible so the teacher could see what they were or weren’t doing, but many students preferred to keep it off and after a while it was wearying and time-consuming to keep telling them to turn it back on again. You asked yourself if you really wanted to waste precious minutes doing that. You were already wasting precious minutes on technical problems. You were wasting precious minutes asking people to mute or unmute.

T. was one of these students. Her response time when asked to unmute was tortoise-slow. She would often take so long to respond that I thought she had left to go to the bathroom or wandered into the kitchen to grab a snack.

“T! T! Are you there? Please unmute,” I would cry repeatedly and then, just as I was about to give up, T’s red microphone icon would turn into the light blue bars that pulsed when she talked.

“Yes?” she would say, obviously surprised by my agitation. In the beginning, I used to ask her what she had been doing all the times I asked her to unmute. When she didn’t seem to understand what I was talking about, I gave up.

A lot of students took a long time to unmute. At first, I tried to have them all stay unmuted, but not everyone was seated in a quiet room by themselves like M. In many homes, students sat at kitchen tables or in rooms where there were people around who were talking or playing music or cleaning. These were the students who, as soon as they were done responding to my question, I asked to mute as quickly as possible because the barrage of noise coming from their apartments made it impossible for the rest of us to concentrate.

There were other students in this class, a little girl who would often show up on my screen for only a few moments like a hummingbird hovering in front of a flower, and then disappear again, where to, I was never entirely sure. There was a boy in another extremely noisy classroom who wouldn’t mute (I was able to mute him, but he would just as quickly turn it back on again) and who often disconnected himself, by design or mistake, it was impossible to say.

What, you ask in dismay, can be achieved with these constant interruptions, technical problems and students who are working with technology they haven’t fully mastered? Virtually nothing (no pun intended) with the students who don’t regularly sign on. Something with U. and T. although not what I would like, of course.

When can we go back to something more meaningful and rewarding? Not, it would appear, anytime soon. The numbers of the sick and the dead only continue to rise. Is it better than nothing, this virtual learning? Yes, it’s better than nothing. Are we doing our best? Yes, we are, in the situation we’ve been given. Is it what any of us, teachers or students, wants or needs? I leave you to draw your own conclusions.

For the Kids
Tags: education

← The Stones of Summer
The Dead Branch →