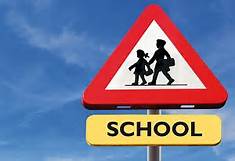 “Are we still going to do Google Meets over the summer?” one of my fifth-grade students asked me at eleven am. on the morning of the last day of school. We held them every day in our district, Google’s equivalent of Zoom meetings. For teachers they were our digital office hours, to answer student questions, but none of my students ever had many questions, so I used them to teach lessons. I had five fifth grade students, out of seventeen, who “came” every day. Three, out of eight, of my fourth graders attended, one of the three only if I called and woke him up.

“No Meets over the summer, honey,” I replied, trying to sound sorry. “Don’t you want a break from them?”

He didn’t. He was happy for the contact. He had been stuck at home since in-person school ended in Connecticut on March 13th.

The boy had a dog. I knew this because the dog attended our Meets as well. He would nap on top of the boy’s sofa or wander past his feet on his way to get a drink. I had another boy who joined the Meet from his bed surrounded by his cats (the one I had to call). Other family members were often present. Technically, they weren’t supposed to be, but how do you ask your student’s mom to stop making lunch when the student is sitting at her kitchen table, or tell the student they can’t have their two-or-three-year old brother or sister on their lap, or pulling at their hair, or lunging for the keyboard when that student had been tasked to babysit while learning?

I have to say that I didn’t see very many peaceful, quiet bedrooms with desks set up for study. I saw a lot of kitchens and living rooms. I saw bathrooms and back porches. I saw apartments full of people. I heard music that never seemed to get turned down.

There were also quite a few students who I never saw and a handful who I have not talked to or heard from since the day we went home from school.

“How is that possible?” you ask. “How can you lose track of a student?”

You would be surprised how easy it is. Maybe the phone number you have for that student doesn’t work, or it automatically goes to voicemail and no one ever calls back. Maybe the number doesn’t accept calls. Maybe the number does work and you talk to someone once, but then the next day when you call back, it has been disconnected and no one ever contacts you to tell you what the new number is. Maybe the number you have belongs to an uncle who is supposed to get a message to your student, but doesn’t live with them or see them regularly. Maybe when you call, they don’t speak English and your Spanish is too meager to explain what you want.

As many teachers will tell you, the amount of time spent calling students and parents became pretty crushing as the weeks went on. The amount of time providing technical support was even worse.

We always talk about how tech savvy the younger generation is, but during distance learning, I didn’t notice it much. They played Fortnite or spent hours on You Tube, but when it came to negotiating Google Classroom, many of them didn’t seem to know what to do.

To be fair, they had had no training. Neither had we. Teachers, like me, who had not used Google Classroom before, were given a week to watch a few training videos, set up our classrooms and post our first assignments. A week after that, we became the main technical support for students struggling to use the new system.

“Their parents couldn’t help them?” you ask.

Many of them couldn’t. They struggled to negotiate the multi-step instructions for their child’s assignments, or help their child create documents or check their work. They were tired. They weren’t home. They were essential workers, the people you had your child make hearts for to put in your window or on a sign at the side of the road.

Despite being essential, however, many of my student’s families barely make ends meet and they were grateful the schools stayed open to distribute bags of food for the three months we all stayed home.  At my school, for example, we are 100% Free and Reduced Lunch. That means every family qualifies for the government school food assistance program.

The district did loan out Chromebooks, but we didn’t have enough to loan every child their own device. If there were four children in a family, they probably wouldn’t get more than two. That meant that children who had multiple siblings often had to wait to use their devices. That meant that many children didn’t do their school work “during school hours.”

School hours. That concept went right out the window.

At the commencement of distance learning in our district, our teacher’s union negotiated a memo of agreement with the city. Amongst other things, this agreement had a clause in it that stated a teacher’s “office hours” were nine to three. From nine to three we were expected to answer whatever phone, text, or e-mail reached us. We were expected to call our students to say hello, or answer their questions, or beg them to please do some work. After three, according to the Memo of Agreement, we were not obligated to respond to student or parent queries until the next morning. I signed it. Every teacher did. But within only a few days of distance learning, it became obvious to me that the nine-to-three clause bore no resemblance to what I was doing. Parents texted when they were home trying to help their child at four or six or eight or eleven pm. Students slept all day and worked at night. They texted at two in the morning to ask how to access a link or find a class code.

“You can text me at two in the morning,” I told one boy. “But I won’t respond before seven.” I started at seven, sometimes at six-thirty, checking student work, sending private messages. You had to start before nine because at nine a blizzard of teacher-to-teacher, administrator-to-teacher, parent-to-teacher and student-to-teacher texts and e-mails, Google Meets and staff and departmental meetings began and you had no chance to concentrate on anything properly.

Did I like it? Not really. Though I didn’t mind not having to drive to work or get dressed up or wear make-up, and I was grateful for reliable heat and air-conditioning, I didn’t like having to chase students. I didn’t like having to log every call and text and e-mail to prove I had chased them. A lot of students, despite our best efforts, did so little, I fear for them. You’ve heard of summer slide? Well this will be summer slide times three.

Nevertheless, I don’t want to go back to school unless it’s safe. Connecticut’s numbers are pretty good right now. But will they stay good? No one knows. On Thursday, Governor Lamont announced his plan for a return to school at the end of August. “We want it to be as normal as possible,” he said. “Wear a mask, use hand sanitizer and stay as far away from each other as possible.”

I don’t know which districts Governor Lamont had in mind when he formulated his plan, but in our district “as far away as possible” could mean inches rather than feet. A typical fifth grade classroom in my school has 28 students plus a teacher in it and Governor Lamont’s new plan frankly makes my stomach churn. Teachers have been lucky so far. If we didn’t exactly love distance learning, at least we were reasonably safe.  But it looks like at the end of the summer, that’s all going to change. If we go back to school on the “as far away as possible” plan, those hearts at the roadside you had your kids make? Those hearts will be for me.

For the Kids
Tags: education

← Corona in Connecticut, and Italy, and the UK, and California…
The Stones of Summer →