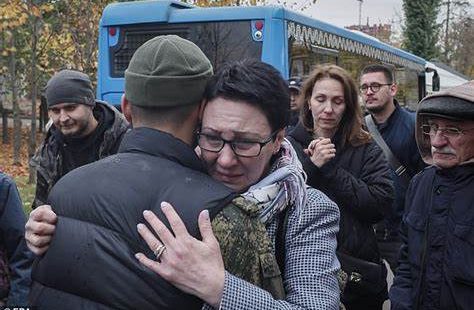 When I taught English in Russia in the late 1990’s, my main place of employment was the Tolyatti Pedagogical Institute, but the demand for English teaching in Tolyatti was so great and the number of native English speakers so meager, that upon my arrival, I was immediately offered jobs by several other educational institutions. Though I didn’t need the money, and I didn’t have much extra time, their eagerness touched me, and charmed by the perseverance of one particular vice-principal, I ended up agreeing to teach an additional English class at his lyceum.

“Don’t worry about getting to us,” the vice-principal assured me. “We’ll send someone for you.”

That someone was Xenia.

Xenia was a young Russian man who functioned as the Lyceum’s driver and general man Friday. He was tall and slim and had a lock of hair that drooped down over his forehead in a 1950’s heartthrob kind of way. A cigarette usually hung from his lower lip and in the winter, with his fur hat pushed back on his head and his dark eyes sparkling, he was a sight for sore eyes after six straight hours of teaching at the Institute.

Xenia was unlike anyone else I knew in Tolyatti. He had left school after only the basic education and spoke no language other than Russian. He was not a reader, did not care for any music except Russian heavy metal and held my highly educated colleagues in contempt.

The feeling was mutual.

Nyekulturny in Russian means “not cultured.” It means you don’t go to the theater, or the ballet, or the symphony; you don’t read literature, and you didn’t go to university and get a professional degree.

You might have expected educated Russians in what up until only seven years before had been a state dedicated to the Soviet worker to be a little more respectful, but they weren’t. The class divide was a chasm; Xenia lived in another world.

One thing you did in this other world was your military service. Russian men who were kulturny generally didn’t. University students had been exempt from military service since the end of the Soviet occupation of Afghanistan in 1989 and when my students were finished with their degrees, no one was planning on rushing down to the recruiting office. Even one of my students whose father was a general wasn’t planning on serving. He would do, he explained to me, what “everyone” did. Pay a doctor to find something wrong with him. Bone spurs perhaps? It wasn’t a Russian Republic thing. People had done it in Soviet times as well.

Why did so few educated Russian men want to serve? Because it was “impossible,” they explained to me. The food and living conditions in the Russian military were appalling. The hazing was brutal and there was the very real possibility of being maimed or killed. When they said to me this in 1998, they weren’t talking about getting shot by the enemy. They were talking about the high number of Russian soldiers who died every year in training accidents.

The result of this avoidance of military service was another gaping inequality in a country that wasn’t supposed to have any. The families with means got their sons exemptions. The families without means sent their sons to serve. For an American, it called to mind the college deferments of the Vietnam Era, or even our present-day “all volunteer” force. How many of the men and women who enlist in the American Armed Forces do so because they don’t have a lot of other options?

Xenia had actually enjoyed his time in the military. Not the basic training. He wouldn’t talk about that. But afterwards he had driven military supply trucks all over the former Soviet Union: down to Ukraine, out to the Urals, to both St. Petersburg and Moscow and even all the way up to Archangel on the White Sea. Xenia had had a freedom of movement during the years he spent in the service that he had not had in his civilian life. He had served in a time of peace and never seen combat.

By September 2022, this peace was gone and the Russian war against Ukraine wasn’t going to plan. Casualties had significantly shrunk the Russian ranks and a “partial mobilization” was ordered. But don’t worry, the government assured an ever more worried populace, only men with military experience were going to be taken.

Except that’s not how it happened. The conscription took men with no military experience. It took minorities disproportionate to their numbers. It took men who protested against the draft. It took Ukrainians in the occupied territories. It took more than the 300,000 the authorities said they were going to take. I suspect that they didn’t take too many medical exemptions.

Of course, university students still had their deferments and men of means could try to make it out. They could pay the price of the crazily expensive air tickets or get themselves to the Finnish or Kazakh or Georgian border. Except one-by-one these borders closed, and the Russian conscription authorities were there already. Some of the kulturny folks had to take their place in the ranks with the nyekulturny. They had to perform a military service many of them had believed only “other people” did.

None of the conscripts had any illusions about what was happening.

They were being sent south to die if it suited their commanders, to be wounded and maimed if they had bad luck. They were being sent south to fight against people who might have been their friends less than a year ago in places where if things had been different, they might have been planning a vacation or their honeymoon or a tour of the ancient sites of the Russian Orthodox Church.

Of course, as a result of my time living in Russia, I think of the people I knew who might have had to go. Most of the men I worked with or taught would be too old to be swept up in the mobilization, but their children wouldn’t be so lucky. I think about these children. Did their families scrape the money together to get their sons out of the country? From Tolyatti, the easiest route would have been south to the Kazakh border two hundred miles away.

Mostly, of course, I think of the one young man I knew who did his service. I think of Xenia. He had a young daughter when I was there. Did he and his wife have another child, a son perhaps? Did that son go to university? Or did Xenia watch his son board a bus bound south for Ukraine as the birch leaves on the banks of the Volga turned golden? Did he think about how the world had changed in the twenty-five years since he had done his military service, when, for him, military service had been an open road and an opportunity to see far-flung places in the Soviet Union, not the cruel and demented dream of the man in Moscow who wants that country back?

Feel like watching a video instead of reading? Check it out on my You Tube Channel at https://youtu.be/Oqvo1pVV2kc