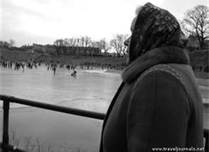 Let me be very clear, I agree with Madonna, Paul McCartney and Stephen Fry that the three members of the Russian girl band with the unfortunate name should not go to prison for two years because they sang an obscene song on the altar of one of the most venerated churches in Russia.

But maybe I am getting old. When I was twenty-five I’m sure I would have thought it was a cool thing to invade a cathedral for an edgy musical protest against the lack of separation between the Russian church and the Russian state. Now, all I could think about when I saw the video was all those poor babushki who were in the church quietly murmuring their prayers when the girls in multicolored rags started singing.

I’m sure the babushki were uncomprehending. The fact is most of them are probably not that bothered about whether President Putin and Patriarch Cyril are in bed together or not. They are just happy that the churches are open and functioning at all, that you can go into them and whisper a prayer or two without getting into any trouble.

It wasn’t always so.

Ironically, Putin, who was a Communist before he became a Russian Nationalist, is a child of the party that gave Russia the separation of church and state in the first place. It was the Bolsheviks, back in 1917, who finally severed the two. Of course, the Bolsheviks didn’t stop at separation. Their aim was the total elimination of religion. To this end, they confiscated church property, harassed believers and preached atheism in the schools. Priests and believers were tortured, sent to camps and mental hospitals, or just executed. Churches and monasteries were taken over by the government and often destroyed. By 1940, round about the time Stalin realized he was going to need the power of religion to help repel the German invaders, there were only 500 operating churches left in Russia. In 1917, there had been more than 55,000.

But after The Great Patriotic War of 1941-1945, religion was again officially denigrated. Krushchev was particularly anti. He closed 12,000 of the churches that had been reopened during the war years. It was not until 1988, under Gorbachev, that the Russian State and the Russian Orthodox Church ended their seventy years of discontent.

The church where the “punk prayer” took place, the Cathedral of Christ the Savior, is a good example of the ups and downs of the Russian Orthodox Church in Russia. Originally built in the nineteenth century as a memorial to the sacrifices of the Russian people in the Napoleanic Wars, Stalin had it dynamited in the 1930’s. He planned to build a Palace of Soviets in its place but this, for a variety of reasons, never happened. It was Krushchev who finally had an enormous municipal swimming pool built over the grave of the once great cathedral. The urban legends of the day claimed that the steam from the heated pool rose into the frosty air in the shapes of the vanished domes of Christ the Savior.

In the 1990’s, the mayor of Moscow took a national collection and despite their deprivations, the people of Russia came up with the funds to rebuild the Cathedral. I remember in the spring of 1998 walking along the Moscow River eating an ice cream as the workmen put the final touches to the golden domes.

Most of the people who contributed to the collection fund for the rebuilding didn’t have much money. It was a huge sacrifice for them. Which brings me back to the babushki.

They are the Russian sacrificers par excellence. They are the ones who, amongst other things, kept Russian Orthodoxy going in the Soviet Union through those seven decades of prohibitions and persecution. When I taught English in Russia in 1998, all the twenty-year-olds in my classes had been baptized as young children, long before the rapprochement between the Russian Orthodox Church and the Russian State had taken place. Their stories of baptism day were strikingly similar.

Their grandmothers had done it. Sometimes their parents had known and turned a blind eye, sometimes they had not known and been horrified when they found out, sometimes the children had been told they were going to the circus, or to see a special friend, but in all cases, the little boys and girls had been spirited away by their babushka to a remote village church and a priest who got the job done.

One should never under-estimate the ancient power of the Russian Orthodox religion to withstand adversity, or to unite Russians both for and against things. One should never under-estimate the power of the babushki. Certainly, Vladimir Putin doesn’t. He knows that no matter what Western actors and pop stars issue statements against his government’s draconian treatment of Pussy Riot, he has the babushki and a large proportion of the Russian population standing firmly behind him.