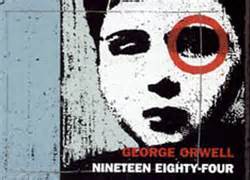 I know I should feel outraged, violated, sullied. When the whistle-blower Edward Snowden this last week let it be known to the world that the United States National Security Agency has been monitoring the digital information of foreigners in the United States in the NSA’s ongoing attempt to catch terrorists, I, like everyone else in the country, should have been up in arms about this disturbing and pervasive invasion of our collective privacy.

Some were up in arms. But somehow, I couldn’t muster much in the way of outrage and I didn’t feel particularly violated or sullied either. I feel embarrassed that I can’t muster these emotions, embarrassed or possibly just numb.

I, unlike most people, actually do live in a household which might really have been affected already, without our knowing it, of course. I live in a household with a non-American who has contact with the Middle East. Okay, it’s just for business and it’s all on the up and up, but still. Some poor soul down at the NSA probably had to read a few of my husband’s e-mails, many of which I’ve typed myself. I’ll bet they were pretty interesting, too. After all, how much can the average non-engineer stand to read about cathodic protection and induced hoop tension? I’ll bet that no matter what computer geniuses they were they had to look up the word “thixotropic”.

Of course, this brings us back to the argument that if you’re not doing anything wrong, you don’t have to worry about anything bad happening as a result of this kind of surveillance. There is something to this, of course. There’s a big difference between talking about installing a protective wrap and discussing the possibility of waging jihad. But the nagging question arises of who exactly decides what is “wrong” and what isn’t? Maybe this administration doesn’t think what you’re doing or saying is wrong, but that’s not to say the next one might not. What if, God forbid, a right wing isolationist government was voted into power? Could we all then be under suspicion just for having any contact with foreigners at all? Would they think it was a great thing that I taught English in Russia, or wouldn’t they? Would they understand that there is a normal business life in the Middle East, or not?

On the other hand, we all have to admit that the United States does have a “terrorist problem.” They are not making that up at the NSA. Many years ago, when I was eighteen and a bit more unforgiving than I am now, I might have argued that the government was needlessly conspiracy-driven, that they were guilty of imagining a bogeyman behind every tree. But no one can say that with any credibility anymore. In fact, the NSA and CIA could be accused, as regards 9/11, of precisely the opposite, of a fatal lack of imagination, of not being able to see what was coming.

Let’s face it, when I get on a plane, which I often do, I want to make it to my destination without blowing up. If I go watch a friend run a marathon, I do not want to wake up in a hospital the next day and while still fuzzy from anesthetic, be gently informed that I’ve had both my legs amputated because of shrapnel damage. I do not want to be crushed to death at the bottom of a collapsed building, or have to make the decision between jumping to my death or burning. I don’t want these things to happen to me, or to anyone else. I want someone to do something to stop them from happening.

Is this the way I want them to stop it? Is there any other way?

I don’t know and I know I don’t know, so I’m not going to shoot my mouth off about it, but I do know that some form of what they are doing is probably necessary. You can’t expect people to fight evil with their hands tied behind their backs.

The bottom line is I find that I can live with it. It isn’t going to keep me up nights. The fact is I, and most other Americans, crossed a psychological border a long time ago. We know most of our information is out there and we know that if someone really wants to access it, they can. Whether or not this should be so is another question, but that it is so is without a doubt. I guess I accept this. I guess. I send e-mails. I shop and bank online. I’m on Facebook. I post blogs.

Which isn’t to say that I’m not conservative about what I put on Facebook. Which isn’t to say it doesn’t freak me out a little when an ad for something I just purchased on a totally different web site pops up next to the news I’m reading. Which isn’t to say that I don’t worry about whether or not it is totally safe to have all my financial transactions happening in cyberspace. I still get paper statements. I still resist the increasingly insistent questions from my banks, phone and utility providers and just about everyone else to go over to paperless statements. But I am also well aware that one day they will stop asking. Paper statements will end, checks will go away, the US Postal Service will only be open three days a week.

It’s the way of the world. It’s the price we pay.

The only thing is I’m not exactly sure what I bought.