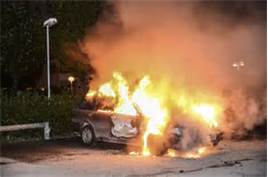 Stockholm’s burning. That city I went to 33 years ago as an exchange student in the summer of 1980, that city that was so peaceful, so beautiful, so safe. Now, in the late spring of 2013, people have been out on the streets night after night, rioting, burning cars, smashing the windows of schools and shops. Who are they? Why are they doing it?

Mostly young men, mostly immigrants. They say it started when the Stockholm police shot a 69 year old man brandishing a machete in the suburb of Husby. Eighty percent of the 12,000 inhabitants of Husby are from Turkey, the Middle East or Somalia. The unemployment and social dislocation there are far higher than they are in the rest of the city, or the country for that matter. And we know all too well what happens when young men are unemployed, bored and feeling misunderstood.

But how did this happen in Sweden, that liberal bastion of the north, where back in 1980 everything seemed so perfect?

Well, for one thing, even in 1980, it already wasn’t. The names of the Stockholm suburbs where the riots began a week ago, Husby, Rinkeby-Kista, are familiar to me. The Stockholmers spoke of them even then as places to avoid, places where there was crime and trouble. Crime and trouble by their standards, that is. I, who in those days judged all big cities by the standards of New York City, remember smiling when they said things like this, feeling superior and smug. What did they really know of crime and trouble? Nothing. They were innocents.

Back in those days, the majority of the immigrants to Sweden were coming from Yugoslavia. We still called it that then and didn’t know to distinguish between Serbs, Croats, Albanians or Bosnians. All we knew was that they were different. They struggled to speak Swedish. Most of them spoke better English or German. But no matter how different they might have been, they were still Europeans.

Sweden, after the Second World War, drafted the most liberal political asylum and immigration policy in all of Europe. The Swedes felt they not only could but should. They had come out of the war socially and politically almost completely unscathed. Sweden wanted to help other people, from countries where disaster had struck in the form of war or dictatorship or both. Swedish people really did believe in this. I remember how impressed I was with their ideas when I was first there.

But here’s the thing. It’s one thing to want to help people who are very different from you and it’s another when they actually come and you have to live with them. Sweden is not the United States. Everyone isn’t and wasn’t “originally from somewhere else.” Prior to the Second World War, there was no tradition of immigration to Sweden and so you had a population of eight million people who were amazingly like one another.

They all looked very much alike. They spoke the same language. They were almost all Lutherans and had gone to the same kinds of schools. They celebrated the same holidays. Their political differences were nuanced rather than pronounced.  They were generally quiet and restrained in their public displays of emotion, but the minute the weather warmed they threw off their clothes to lie half-naked on cliffs and boulders basking like a bunch of lizards in the fragile Scandinavian sun. On weekends and for a month in the summer, they all disappeared off into the woods to their summer cabins to fish and swim and pick berries. Their homogeneity was frankly staggering.

Yet despite this the foreigners came, attracted by the ease of entry and the wealth of the country. The Swedes worked hard to try to help them, too, but inevitably there were problems. Their institutions were not set up to function with people who didn’t understand the Swedish language and who often struggled with their rules or customs.

And when the immigrants began to come from non-European countries, from traditions and climates that could not have been more different from Sweden, it got more difficult still.

We have to say that the mistakes and misunderstandings were not all on the Swedish side. The immigrants themselves, like all immigrants, carried their illusions with them. Sweden may have seemed attractive when they were far away and in an impossible situation, but when they got there they realized that though the welfare state might be generous, the language was difficult, the people stand-offish and the weather, if you were used to heat and warmth and light, deplorable for most of the year.

I often think that I was there in the glory days of the Swedish welfare state. Sweden, in the 80’s, was rich. No one had to pay for health care. College loans were immediate and reasonable.  Government subsidies for everything from daycare to job training were incredibly generous. I’ll never forget the summer I worked selling shoes in one of Stockholm’s largest department stores, Ahlens.  At the end of the summer, I remember going up to my manager to tell her that my final paycheck was wrong. They’d given me way too much money.

She looked at it and then shook her head kindly.

“You worked through the summer without taking the month’s holiday,” she explained to me, “If you do that, you get an extra 13% of your earnings added onto your final paycheck.”

“But,” I protested, amazed, “of course, I worked through the summer. I only worked the summer.”

“It doesn’t matter,” she shrugged, “the summer is the summer.”

In Sweden, the summer is sacred.

“What a country,” I thought, as I rode the clean, safe subway full of fashionably-dressed, attractive people out to the garden suburb where I was living on the shore of Lake Malar, not all that far from Rinkeby.

Now, they say that Sweden has the fastest growing income disparity in the European Union. And at the bottom of the social ladder are many of the immigrants whose sons were out on the streets these last nights, burning cars and breaking windows.

We are only a few weeks away from Midsummer’s, that glorious Scandinavian celebration of the magical summer in the high North of Europe. One of the greatest symbols of this holiday is the midsummer bonfire, an enormous blaze that is set in the middle of a field somewhere, or by a lake perhaps, in the beautiful Swedish countryside. These fires burst forth on Midsummer’s Eve all over the land and the Swedes dance around them in celebration of the bounties that summer has once again showered upon them.

Only this year, it will be different. This year it will remind them of the unresolved social problems highlighted by the rioting of the last week. It will remind them that the glorious Swedish experiment doesn’t seem to work for everyone. It will remind them that wanting to help someone and actually helping them is not always the same thing. And perhaps they will ask themselves. Have they made a mistake? About other people? About themselves? Are they the country they thought they were, or another one, a tougher, harder, less-willing sort of place?

My Immigration Was Better Than Your Immigration
Tags: immigration, migrants, travel