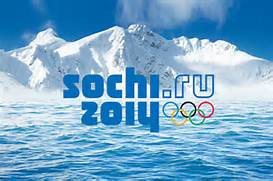 You have to feel sorry for the Russian people. Or you don’t have to, not if you don’t want to, but I do. Here they are, a nation of passionate sports lovers who have finally gotten to host an Olympic Games and the run-up to these games is one public relations disaster after the next. Every national team is traveling to Sochi with armed body guards  as politicians, security experts and television commentators the world over are busy predicting terrorist “incidents” as highly likely in the Russian Black Sea resort.

Putin might have given a thought or two to the tricky location of Sochi back in 2007 when Russia won her bid to host the 2014 Winter Olympics. I mean, Sochi is in the Caucasus, a region Russia has been trying to subdue, with mixed success, since the early 1800’s. (See my post What’s In a Name) I guess he thought they could handle things, I guess, and maybe they can. I hope so. But really, was there no other venue the mighty Russian nation could have offered? I know the mountains are higher and more spectacular in the Caucasus, but maybe a nice, distant village in the Urals would have worked out better. Or what about Irkutsk? The frozen wastes of Siberia are starting to sound pretty good what with all these stories of Black Widows lurking in the sultry Sochi shadows.

And then there’s the fabled Russian corruption: bloated budgets, Putin’s cronies pocketing billions. Though I’m actually less offended over someone siphoning money from the construction of a ski jump than I am worried that that ski jump might collapse under the skiers. What part of the ski jump did they siphon the money out of, I ask myself? I hope it wasn’t the structural steel supports.

Also, having lived in Russia, I’m naturally worried about things being ready on time. It’s a funny thing over there, projects stop and start and then stop again inexplicably. They seem to have their own internal schedules, schedules that don’t seem to adhere to any of the deadlines other people think important, even other Russians.

Okay, so there are sure to be terrorist strikes, nothing’s going to be ready. What else? Oh right, the new Russian “pornography” legislation, the fact that Russia is not a supporter of “diversity and tolerance” as that expression is understood in the West.

Again, you’d think Putin might have timed it better. Did he really have to pass all those draconian laws (on top of the old draconian laws) right in the lead-up to the Olympics? Well, he had internal political reasons, of course (sadly, a lot of people in Russia support these laws), but it clearly hasn’t played well for those of used to something more civilized. President Obama has decided not to go and he’s pointedly sending a delegation made up of a lot of people the Russians, in non-Olympic times, might have had some problems with. The Russians, of course, are going to grin and bear it for the sake of the Games, but I fear what it might bring afterwards, not for the openly gay and lesbian men and women who have the freedom to go to Russia and then leave again, but for the ones who live there and have to stay.

So there are sure to be terrorist incidents, everyone’s corrupt and they’re homophobic. Is there anything good to say about these Russian Olympics? I heard one commentator ask this question of another on CNN last night and may I say he seemed just a little too pleased to be asking it, just a little too smug over all the problems the Russians are having.

A little Schadenfreude here, I think, since in the US, let’s be honest, we have a long-standing grudge against the Russians when it comes to the Olympics. This harks back to the years of the Cold War when we all spent a lot of time watching the Soviets rack up the medals as we grumbled about the unfair advantages the Soviet athletes had over ours, namely, total state support. But Soviet athletes still had to get up in the mornings and go through their punishing training regimes, didn’t they? No one did that for them. Plus, they had political pressures our athletes didn’t have to worry about. Total state support might have its points, but total state control wasn’t so great.

And we did kind of like some of those Russian athletes, didn’t we? Remember Nadia Komanech?

I’m hoping the hyperbole about security when it comes to the Sochi Games remains just that, hyperbole. I hope, yes, I do, that Putin uses the might of the Russian state to keep people from getting blown up and doesn’t use it against people who happen to be gay or lesbian. I hope that my friends in Russia get to watch an Olympics where things go well and not badly. Actually, I hope I get to watch this, too.

In the future, to save ourselves all a lot of worry and fuss, maybe we should try to have the Olympics only in countries that are safe, not corrupt and tolerant? Then, the American team could wear those craft-fair (I mean Ralph Lauren) sweaters anywhere they wanted to go and not have to worry.

But do we really want to have the Olympics in Finland every four years?

← Christmas in the Caribbean
Rise and Fall →