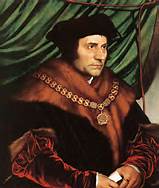 The Devil is in the Details

Well, there’s so much good news to choose from, I hardly know where to start. The Obamacare web site debacle? The senseless shootings that seem to happen nearly every day now? The continuing slaughter in Syria? No, I think I’ll talk about the NSA and their decision to monitor everyone, everywhere, all the time, laws and just plain common sense be damned.

Aside from the uncomfortable feeling that Big Brother is watching you even when you post snaps of yourself trick-or-treating with your two-year-old, another unfortunate bi-product of the ubiquitous spying that the NSA has apparently been doing is that the Europeans don’t like us anymore. For people like me who actually go there from time to time, this is a depressing turn of events indeed.

We had made such progress! We elected an intelligent, charismatic, well-spoken, well-educated bi-lateralist who when he went to Europe spoke to cheering crowds of adoring French and German fans. It was a far cry from the years I spent there in the eighties. Attending a European university with Reagan in the White House was a tough go for an American. I remember having to apologize a lot. I remember getting tired of apologizing. I remember speaking English with an accent so I wouldn’t have to.

Now, the Europeans are off Obama, and who can blame them? His National Security Agency has been monitoring their e-mail, tapping their phones, snooping on their Facebook and Twitter accounts and now it appears even listening to the cell phone conversations of their leaders, in particular Angela Merkel and Francois Hollande.

“Well actually,” I heard one NSA “expert” say on the PBS News Hour last week, “They might not have been listening. They might just have looked at a list of who she called and who called her.” Imagine Merkel’s relief. The NSA only knows that she called her husband at 5:06 pm last Monday. They don’t know that she asked him to take out the trash.

Now aside from what Obama did or didn’t know about who was being “surveilled”, let’s get to the real question. What the heck is going on with the NSA? How did they get to the point that they think all of this is okay? They cannot all be amoral rogues. Even allowing for the fact that people attracted to espionage might exhibit a higher rogue factor than people attracted to Kindergarten teaching, I still can’t believe they are all despicable. There must be something else.

The real answer I think lies at a painful intersection of history and technology. The shock of 9/11, for everyone in the USA, but particularly for the security services went deep into their collective psyche and took root there. Watered by hurt pride, this root grew into the pernicious weed, fertilized by our quickly evolving digital technologies, called “Whatever It Takes.”

Angela Merkel also grew up at a painful crossroads of history and technology (only a decade after the even more painful one that preceded it). She grew up under the constant and far-reaching surveillance of the East German State Security Service: the Stazi.

Some years after the Wall fell and the East German regime collapsed in 1989, the old State Security Archives were opened for the general public. Former East Germans were finally able to see the names of the people who had been spying and informing on them not very many years before. It was a shattering revelation for many. In these files were the names of people you’d thought you could trust: lovers, colleagues, friends. Sometimes, the names belonged to family members.

One can only assume that Angela Merkel, like so many others, had a look at her Stasi file. Who knows what painful truths she found there? The experience of 34 years of constant and often truly menacing surveillance was certainly an experience which went deep down into her as well as the collective German psyche and took root there. The lesson learned was “whatever it takes to have a democracy.” The lesson learned was that you have to have some rules that everyone sticks to.

Remember Jessica Chastain’s character in Zero Dark Forty? She worked obsessively for twelve years on nothing but catching Osama Bin Laden. She did whatever she had to. The point was not the means, it was the result. After all, why agonize too much over the methods used when you are pursuing devils?

I would direct the people who work for the NSA to a play by Robert Bolt published in 1960. It is called A Man for All Seasons and is a dramatic rendering of the events of Sir Thomas More’s fall from power and subsequent execution in England in 1535. More, a pious Catholic, did not support Henry’s VIII’s break with the Roman Catholic Church . In this play, which was also made into a movie starring Paul Scofield, there is an exchange between Sir Thomas More and Richard Roper, an up-and-coming courtier convinced of his own morality. Roper chides More for not arresting a man who had not yet done so, but who they both suspect might soon commit treason. More refuses. He defends the idea of law.

More: And go he should, if he was the Devil himself, until he broke the law!

Roper: So now you’ll give the Devil benefit of law!

More: Yes. What would you do? Cut a great road through the law to get after the Devil?

Roper: I’d cut down every law in England to do that!

More:  Oh? And when the last law was down, and the Devil turned round on you-where would you hide, Roper, the laws all being flat? This country’s planted thick with laws from coast to coast and if you cut them down d’you really think you could stand upright in the winds that would blow then? Yes, I’d give the Devil benefit of law, for my own safety’s sake.

Sir Thomas More, killed for his scruples (The King wanted a divorce “whatever it took.”) was later made into a saint.

And while I don’t expect the NSA to be saints, I would like them to reflect a little more on what they’re doing, or possibly just read a book called Animal Farm.